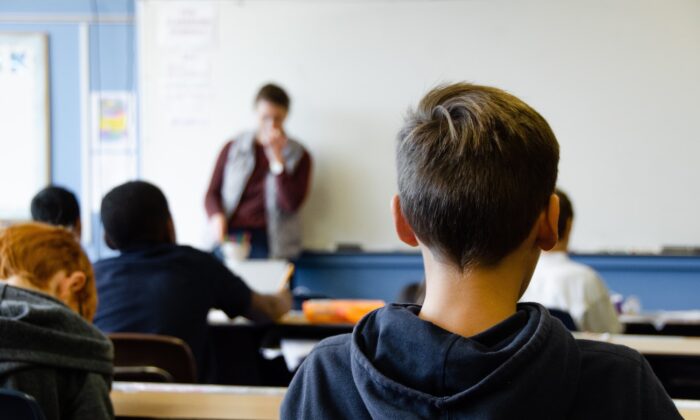 A majority of Americans say that male and female are the only two genders, and that schools shouldn’t be allowed to counsel children about gender or sexuality without parents’ consent, according to the results of a survey released Monday.

The survey was conducted by Rasmussen Reports among 1,000 American adults from Dec. 21 to 22, with a margin of error of plus or minus 3 percentage points at and 95 percent confidence level. It comes amid a social media firestorm sparked by Harry Potter author J.K. Rowling, who was accused of engaging in “hate speech” for insisting that there are only two biologically distinct genders.

“Transgender activists have accused J.K. Rowling of ‘hate speech’ for saying it, but most Americans agree with the Harry Potter author that there are only two genders,” the report said.

When it comes to the schools and teachers’ role in shaping children’s view on gender, most respondents also said that they don’t want their children counseled by schools on their gender identity without their consent.

The survey asked whether schools and teachers should be “allowed to counsel students about their sexual and gender identity without parental knowledge or consent.” Overall, 69 percent of respondents said they don’t agree, compared to 19 percent that think it is okay.
Majorities of all political categories—80 percent of Republicans, 54 percent of Democrats, and 72 percent of independents—are opposed to schools counseling children on gender identity without informing parents.

The results of the survey echoed the frustration felt by a California mother who recently made national headlines after she tore into the local school board during a meeting, accusing two middle school teachers of “coaching” her gender dysphoric daughter into an LGBTQ club without her knowledge.

Jessica Konen of Salinas, California, went public with her story after controversy erupted over a leaked audio clip, in which two seventh-grade teachers from Buena Vista Middle School were recorded discussing with other teachers on how to hide from conservative parents that their children are participating in progressive LGBTQ activities.

“Because we are not official, we have no club rosters. We keep no records,” said one teacher, who is also an LGBTQ club leader. “In fact, sometimes we don’t really want to keep records because if parents get upset that their kids are coming? We’re like, ‘Yeah, I don’t know. Maybe they came?’ You know, we would never want a kid to get in trouble for attending if their parents are upset.”

Konen told The Epoch Times that near the end of sixth grade, her daughter told her she might be “bisexual.” By the middle of the seventh grade, Konen was called to the school for a meeting, during which a teacher said her daughter was “trans fluid” and would be called by a new name and male pronouns and would be using the unisex restroom at school.

“You allow these teachers to open their classrooms, teaching predatorial information to a young child, a mindful child that doesn’t even know how to comprehend it all,” Konen said at the Dec. 15 meeting. “How do you not know what’s going on [on] your own campuses? Did you think that no parent would ever come forward? You will not quiet me today. I will stand here today and protect my child along with every other child who has not come forward yet.”