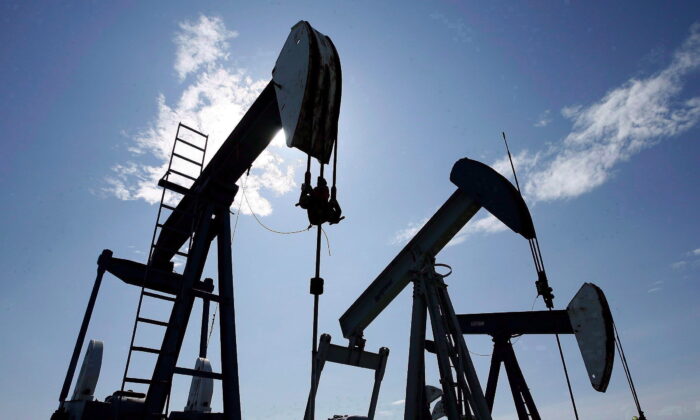 More Than Half of Quebecers in Favour of Province Developing Own Oil Resources: Poll

More than half of Quebecers say their province should develop its own supply of oil instead of importing it, a new poll finds.

Conducted by Ipsos on behalf of the Montreal Economic Institute (MEI), the online poll shows that 52 percent of Quebecers believe that their province should develop its own oil resources rather than importing all the oil it consumes.

This represents an increase of nine percentage points compared to August 2021, with the preceding two years bouncing between 45 percent and 50 percent.

Meanwhile, 28 percent of Quebecers oppose the idea, saying the province should continue to import oil for its consumption. The remaining 20 percent say they do not know the best course of action their province should take to meet its energy needs.

The survey was conducted based on a sample of 1,007 Quebec residents aged 18 and over between Feb. 25 and March 2.

“The results of this poll are very conclusive. Note that when we prepared the questions, the Russian invasion of Ukraine had not yet happened and its impact on global supplies of hydrocarbons was not yet on the agenda,” Michel Kelly-Gagnon, president and CEO of the MEI, said in a press release.

“However, the invasion had just begun when respondents were starting to answer the questions. It’s clear that energy issues leave no one indifferent and that Quebecers understand the role we must play in producing natural gas, notably for export to our European allies.”

To replace all the oil it gets from Russia, Europe needs 3 million barrels a day.

Natural Resources Minister Jonathan Wilkinson said on March 12 that it will be another week or two before Canada will know with certainty how much extra oil it can produce and ship to help offset bans on the use of fossil fuels from Russia.

Meanwhile, about three-quarters of Quebecers (73 percent) say the current taxes and duties on gasoline are already too high and should not be increased further.

“For each litre of gasoline consumed, we currently have to pay the provincial gasoline tax (19.2 cents), the federal excise tax (10 cents), the tax resulting from the carbon market (8.9 cents), and of course, the QST and GST, which are taxes on top of the other taxes,” said economist Miguel Ouellette, director of operations at MEI.

“To this is also added, in the Greater Montreal region, a tax of 3 cents per litre to finance public transit, and a minimum price on gasoline for all regions.”

“Quebecers are clear: this excessive taxation, which represents around 33 percent of the total price of gasoline, has to stop, especially during this period of high inflation,” he added.

At the same time, half of Quebecers (50 percent) think that the lobbying by some environmental groups is hurting job creation projects in their province. Only 33 percent disagree—a decrease of 11 percentage points compared to last August.

According to the poll, slightly less than half (45 percent) of Quebecers agree with the Quebec government’s idea to prohibit all exploration of the province’s oil and gas potential, with 20 percent of them “strongly agreeing.” In comparison, 36 percent of respondents disagree.

But 51 percent of the respondents agree that, if the government’s idea is implemented, companies that hold licenses to tap into the province’s oil and natural gas reserves should be compensated according to the market value of their license.

The poll is considered accurate within +/- 3.5 percentage points 19 times out of 20.