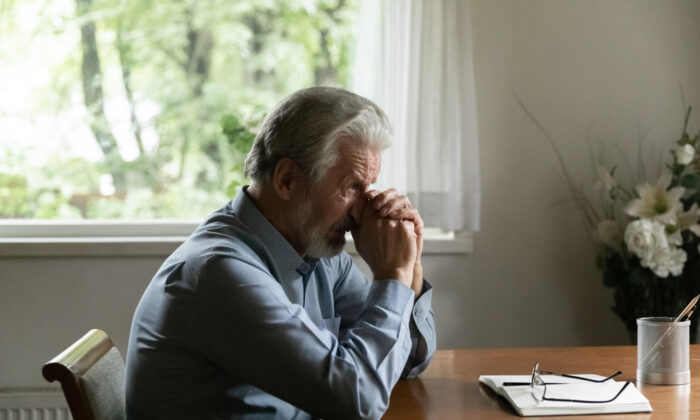 Some people over think the process of making sure their Social Security benefits start at their full retirement age. (fizkes/Shutterstock)
Economy

More Than 3 Million Americans Retired Early Due to COVID-19

A study released this month has revealed more than three million Americans retired earlier than previously planned due to COVID-19.

The study analyzed labor force participation rates before and after the start of the coronavirus pandemic in the United States. The research noted “a significant number of people who had not planned to retire in 2020 may have retired anyway because of the dangers to their health or due to rising asset values that made retirement feasible” from February 2020 through August 2021.

Two reasons were observed in the research for the surge in retirements during the pandemic. First, the extra retirees tended to be older individuals more vulnerable to COVID-19 and were motivated to leave the workforce to decrease the risk of infection.

Second, the study suggested the number of retirees was larger than usual due to a sharp downturn in economic activity, combined with increased asset values, such as housing prices.

A key question unanswered in the study was whether these excess retirees will later re-enter the labor force.

“If they are [lost permanently], then the amount of slack in the labor market may be smaller than the 5.25 million ‘lost workers’ may suggest. However, many of these new retirees may decide to return to the labor force, which will depend on personal factors as well as aggregate labor market conditions,” Castro wrote.

To help with the return of older workers to the job market, the Internal Revenue Service (IRS) released news last week that “reminded employers that they generally will not jeopardize the tax status of their pension plans if they rehire retirees or permit distributions of retirement benefits to current employees who have reached age 59 ½ or the plan’s normal retirement age.”

According to the IRS information “an employer can generally choose to address unforeseen hiring needs by rehiring former employees, even if those employees have already retired and begun receiving pension benefit payments. Also, if permitted under plan terms, those employees may continue receiving the benefits after they are rehired.”

To help, the IRS is also conducting new webinars to assist education leaders in particular to help address school staffing shortages, including teachers, bus drivers, and other school staff members.

In contrast, some workers, such as nurses and other medical professionals, have taken the opposite approach, coming out of retirement to help during the COVID-19 pandemic.

The Federation of State Medical Boards announced in January that it has created an expedited licensure process for inactive and retired medical professionals to return in an effort to assist medical facilities dealing with increased patient levels due to the CCP (Chinese Communist Party) virus, also known as the novel coronavirus.