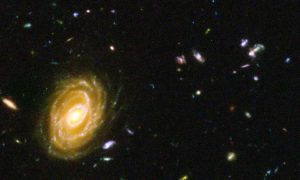 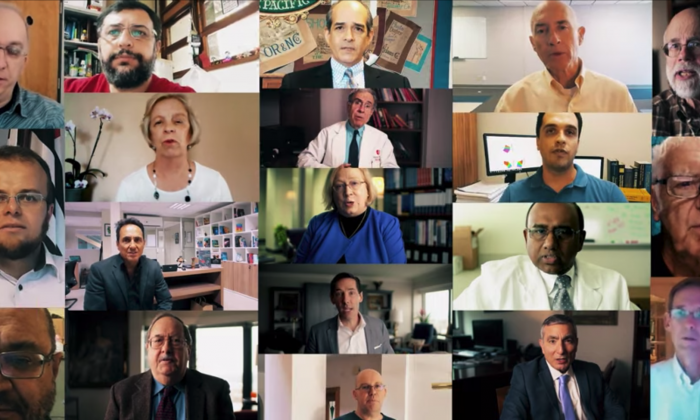 In this screenshot from a video by the Discovery Institute, scientists voice their skepticism of Darwin's theory of evolution. (Screenshot/Discovery Insitute)
US

More Than 1,000 Scientists Dissent From Darwinism

The list of scientists who publicly doubt the Darwinian theory of evolution grew to more than 1,000 members in February, according to the Discovery Institute, the Seattle-based nonprofit that has maintained the list for more than a decade.

The scientists who have signed the two-sentence dissent statement come from all over the world with degrees from prestigious universities including Yale, Princeton, and Stanford. Signatories must hold a doctorate in a scientific field or hold a doctor of medicine degree and serve as a professor of medicine.

“We are skeptical of claims for the ability of random mutation and natural selection to account for the complexity of life,” says the statement (pdf). “Careful examination of the evidence for Darwinian theory should be encouraged.”

The landmark number of signatures is significant because the scientific field in the United States is dominated by Darwinian orthodoxy and dissenters are swiftly ostracized. While many scientists doubt the science that props up Darwin’s theory, few do so openly, fearing for their careers.

The list grew past the 1,000-signature mark at some point in 2018 but was officially updated in February this year. The delay was due to the process involved in verifying the scientific credentials of those who sign the statement. The Discovery Institute also checks that each prospective signatory is protected by tenure and provides a warning about the dangers associated with signing.

“On the one hand, even more scientists are raising questions about the sufficiency of random mutations and natural selection to explain the complexity of life. On the other hand, those defending modern Darwinian theory have become even more intolerant toward anyone who questions the theory,” Dr. John West, vice president at Discovery Institute, told The Epoch Times in an email.

“For myself, I think that’s likely because they are insecure and know that the scientific problems with Darwinian theory are reaching a tipping point. When the evidence is against you, you try to suppress it by punishing dissenters,” he said.

The list, titled “The Scientific Dissent From Darwinism,” was conceived in 2001 as a response to claims in the media that there were no scientists who were skeptical about Darwinism. The idea was to show that there were prominent scientists “who have scientific objections” to Darwin’s theory.

Dr. John Wells was one of the first scientists to join the dissent list. Wells, a biologist, started out as a believer in Darwinism but became more and more skeptical as he studied molecular and cell biology. When Wells signed the list in 2001, colleagues in the field turned on him.

“To be a skeptic of Darwin, in biology especially, is to put your career at risk and so there is a strong pressure not to speak out,” Wells said. “Many of my former friends and colleagues turned against me, wrote nasty things about me in their blogs or in journal articles.”

Wells became a fellow at the Discovery Institute after signing the list, so his career was not impacted by the backlash. Some scientists, fearing repercussions for being on the list, asked for their names to be removed.

Wells likened the American Darwinists to the so-called Lysenkoists in the Soviet Union, who persecuted dissenters from Darwinism with the backing of the communist regime.

“Lysenko suppressed a lot of scientists and got them fired, imprisoned, and in some cases even killed if they disagreed with his policies. … With the backing of Stalin, Lysenko was able to suppress his dissenters,” Wells said.

“Certainly, America is nowhere near that bad, but if anything, the closest parallel to the Lysenkoists are the American Darwinists who try to suppress any opposition or dissent from their ideas,” he added.

According to Dr. Michael Behe, a professor of biological sciences at Lehigh University, the suppression of dissent against Darwinism is vehement because it is a major front in America’s culture wars. Those who dissent are lambasted because they are seen as giving “aid and comfort” to the other side.

Behe publicly dissented from Darwinism years before the Discovery Institute introduced the dissent list. In 1996, he published “Darwin’s Black Box,” a book outlining the biochemical challenges to Darwin’s theory of evolution. In the book, Behe argues that the immense complexity of biochemical systems is irreducible.

The staggering complexity of cells on the molecular level is the main avenue of scientific scrutiny of Darwinism. When Darwin wrote “The Origin of Species,” scientists held a simplistic view of cells as monotonous blobs. But scientific advances in the decades since Darwin have revealed a world within cells, the complexity of which exceeds modern science.

“In the 70 years or so science has discovered, unexpectedly, enormous complexity at the very foundation of life,” Behe said.

“Nobody was expecting that at the time. Back in Darwin’s day, the cell was thought to be just a simple glob of a jelly-like substance,” he continued. “But now we find these things that are more sophisticated than we ourselves can make.”

When asked how the current atmosphere in the scientific community is when it comes to skepticism of Darwinism compares to the time he signed the list in 2001, Behe said that not much has changed.

“It’s bad. It’s not good,” Behe said. “It was back then and it still is a big risk to one’s career, if you’re a professional scientist, to publicly say that you are skeptical of Darwin’s theory.”