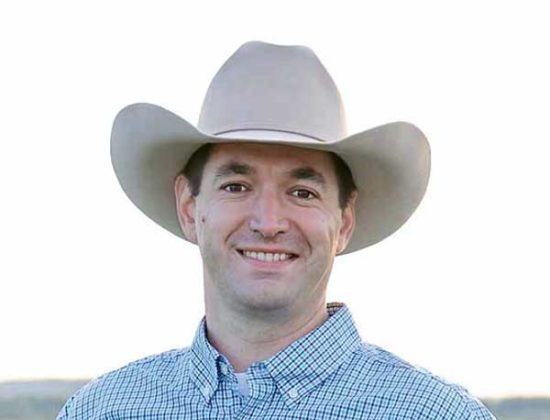 Putting the fight against critical race theory, which holds that white people are inherently racist, on a firmer footing by emphasizing that teaching it in public schools violates the Constitution and civil rights laws is an excellent tactic, supporters of traditional patriotic education told The Epoch Times.

Their comments came after Austin Knudsen, the Republican attorney general of Montana, wrote a legal opinion about whether the Marxist-invented critical race theory (CRT) violates the U.S. and Montana constitutions, as well as various federal civil rights laws. He was responding to an inquiry by Elsie Arntzen, Montana’s superintendent of public instruction, who is also a Republican.

The opinion came as public resistance to CRT grows and intensifies among parents in communities across the country who are fighting back by protesting and taking over local school boards. In 26 states, bills have been introduced or other steps have been taken to prevent CRT from being taught, according to Education Week.

But those measures have rarely offered a comprehensive rationale for banning CRT, which is something that Knudsen’s legal opinion provides, sources consulted for this article told The Epoch Times. Without tying objections to CRT to the Constitution or state constitutions, CRT opponents have left their laws more susceptible to being overturned.

Acknowledging resistance to CRT in education is “absolutely grassroots” and led by parents at the local level. Ian Prior, a parent who helped to found and is executive director of Virginia-based Fight for Schools, said that Knudsen did the right thing.

“Whenever one is taking action against policies being pushed downstream from the highest levels of government authority, having a rock-solid legal basis for those actions is absolutely necessary to accomplish required change and do so in a way that will not fluctuate with changes in political power,” Prior said.

David Randall, director of research at the National Association of Scholars, told The Epoch Times the grassroots response to CRT has taken the political elite by surprise.

“There has been a sudden spike of outrage by ordinary people, that the professional political class has been caught off-guard by it, and that they are struggling to catch up with popular outrage rather than fanning it,” he said.

Although legal opinions such as Knudsen’s are needed, much more is required for the fight, Randall noted.

“Our elite institutions have practiced unconstitutional race discrimination for decades, regardless of the Constitution and the law. They will continue to do so until the people reassert control over their authoritarian elites,” Randall said. “The solution must be political as well as legal. We need Knudsen, but we also need an effective political movement to remove all the elite discriminators from the chokepoints of power.”

Adam Waldeck, the founder of nonprofit group 1776 Action, also stated the need for a grassroots campaign against CRT to complement the legal effort against it.

“The tighter and more grounded these anti-CRT laws are the better, and there are no doubt preexisting laws on the books against discrimination that CRT opponents should look to as well,” he said.

“That said, the opposition to CRT started at the local grassroots level and that must continue, particularly in regards to school boards. It’s up to voters to make sure that their officials (and relevant candidates) state exactly what they believe and support, which is exactly why we created The 1776 Pledge to Save Our Schools.”

In his legal opinion, Knudsen wrote that in many instances, the use of CRT and so-called antiracism programming does discriminate “on the basis of race, color, or national origin in violation of the Equal Protection Clause of the Fourteenth Amendment; Title VI of the Civil Rights Act of 1964; Article II, Section 4 of the Montana Constitution; and the Montana Human Rights Act.”

CRT, he noted, calls for teaching students how white people are supposedly by their nature racist and for engaging in racial discrimination in the name of combating it.

“The driving force behind CRT and antiracism is the complete and total acceptance of a specific worldview—one that encompasses very specific notions about history, philosophy, sociology, and public policy. Being a so-called antiracist requires individuals to accept these premises and advocate for specific policy proposals. Individuals who do not comply cannot truly be ‘antiracist,’ and are, therefore, considered racist,” Knudsen wrote.

“By its own terms, antiracism excludes individuals who merely advocate for the neutral legal principles of the Constitution, or who deny or question the extent to which white supremacy continues to shape our institutions. To that end, no one can be antiracist who does not act to eliminate the vestiges of white supremacy, i.e., embrace the specific public policy proposals of CRT and antiracism.

“For example, critics have suggested that there is one, and only one, correct stance on standardized testing, drug legalization, Medicare for All, and even the capital gains tax rate. This paradigm is conveniently constructed ‘like a mousetrap,’ [a quote from CRT critic Christopher Rufo].

“Disagreement with any aspect becomes irrefutable evidence of its premises of systemic racism, bias, fragility, or white supremacy. … CRT and antiracism are not merely academic ideas confined to university critical studies courses. These ideologies have begun to infiltrate mainstream American dialogue and permeate our institutions.”

Knudsen argues that “trainings, exercises, or assignments which force students or employees to admit, accept, affirm, or support controversial concepts such as privilege, culpability, identity, or status, constitute compelled speech,” which is something the First Amendment forbids the government from forcing people to do.

“It is obvious that CRT and antiracism programming take strident positions on some of the most controversial political, societal, and philosophical issues of our time. Compelling students, trainees, or anyone else to mouth support for those same positions not only assaults individual dignity, it undermines the search for truth, our institutions, and our democratic system,” he wrote.

Some schools have proposed separate housing and advisers based on race, as well as separate professional development training, he wrote. Some universities have been sued for diversity programs in which “they make people get down on the floor and apologize for being white.”

Key elements of CRT and antiracism education and training, when used to classify students or other Montanans by race, run afoul of the U.S. Constitution and federal and state civil rights laws, Knudsen wrote.

“The term ‘antiracism’ appears reasonable and innocuous on its face. After all, our Constitution, our laws, and nearly all our citizens are ‘antiracism,’” he wrote.

But “antiracism,” when used to describe the worldview of radical activists, is “an Orwellian rhetorical weapon.”

Knudsen noted that the National Museum of African American History and Culture’s website had a page dealing with “Whiteness,” that bizarrely claimed traits such as “individualism,” “hard work,” “objectivity,” “progress,” “politeness,” “decision-making,” and “delayed gratification” were hallmarks of “white culture.”

CRT supporters have lashed out at critics. Michelle Leete, vice president of training at the Virginia PTA (Parent-Teacher Association), wished death on CRT opponents at a public event on July 15. Two days later, Leete, who is also a vice president of the NAACP’s chapter in Fairfax County, Virginia, was forced to resign her PTA post. The American Federation of Teachers and the National Education Association have vowed to defend their members who teach CRT.

After he was inaugurated, President Joe Biden promptly rescinded former President Donald Trump’s Executive Order 13950, which banned teaching CRT to government contractors. Trump said the ideology was “divisive and harmful” and “like a cancer.”

Critical race theory—whose proponents frequently denounce U.S. culture and history as “Eurocentrism” and “whiteness”—is “a variation of critical theory applied to the American context that stresses racial divisions and sees society in terms of minority racial groups oppressed by the white majority,” according to the report of the 1776 Commission, an advisory body created by Trump that sought to move U.S. education away from a radical curriculum that unduly emphasized race-related injustices of the past.

“Equally significant to its intellectual content is the role Critical Race Theory plays in promoting fundamental social transformation to impart an oppressor-victim narrative upon generations of Americans,” the report reads. “This work of cultural revolution has been going on for decades, and its first political reverberations can be seen in 1960s America.”

Trump unveiled the commission last year as The New York Times-promoted 1619 Project gained widespread acceptance among elites as it rode a wave of national revulsion over the death of black suspect George Floyd in Minneapolis police custody last year, which was popularly blamed on anti-black racism by police.

The 1619 Project claims real U.S. history began when the first African slaves arrived in colonial America in 1619 and not on July 4, 1776, when the colonists declared independence from the UK. Educators helped to lay the foundation for the revisionist history project years ago by teaching the ahistorical “A People’s History of the United States,” by academic Howard Zinn, who was a member of the U.S. Communist Party. Millions of copies of the book have been sold.

Leftists claim that CRT promotes racial equality by highlighting the supposed damage that white people have done to others in society. Left-wing sociology professor Robyn Autry, of Wesleyan University, praised Biden for killing the commission, falsely claiming that it promoted a “dangerous alternative history,” instead of seeking a return to the traditional way the country’s history has been taught.

Critical race theory “is designed to subvert our system of government,” Mary Grabar, resident fellow at the Alexander Hamilton Institute for the Study of Western Civilization, told The Epoch Times.

“Distorted history, such as The 1619 Project, is used to make CRT seem plausible. CRT is inherently anti-constitutional … and cannot be justified at the K-12 and even undergraduate levels, because students are still learning history in terms of fundamentals and facts. They cannot perceive its Marxist underpinnings.”

Grabar’s new book, “Debunking the 1619 Project,” will be published by Regnery on Sept. 7. She’s also the author of “Debunking Howard Zinn,” published in 2019.