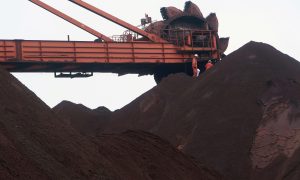 While touring Jilin Province's Changbai Mountain, some Chinese and North Korean tourists sighted unknown creatures swimming in Tianchi Lake on September 2, 2007. The first reported sighting of a monster of Tianchi Lake was in 1903. Mr. Li Jun, a local tourism company's driver, reported that he drove more than 20 South Korean tourists to south slope of Changbai Mountain on September 2. When he arrived at the top of the mountain at about 9 a.m. in the morning, he suddenly saw ripples in the eastern side of the lake. At first he thought it was only the wind; but he soon saw black dots swimming north to south leaving long ripples behind them. He shouted, “Look, Tianchi Lake's monsters have come out!”

About 50 tourists from China and aboard at the scene, all thronged to see the monsters and took pictures. Mr. Li also took a picture with his cell phone, but unfortunately it came out very blurry.

As these creatures swam closer, he said that what he had thought to be black dots turned out to be six monsters through his binoculars. According to his estimations, the objects were larger than human beings but swam at the same rate as a common person would. They swam in two groups to the south and turned to the east as they approached the land.

At about 100 meters (30 feet) off the coast of the lake, the first three creatures retreated under the water. Ten seconds later, when the last three approached where the others had vanished, suddenly there was a great splash that formed a large black dot 10 times greater than the others appeared. Immediately afterwards they all vanished at the same time and never reappeared.

Editor's note: Changbai Mountain's Tianchi Lake, at an elevation of 2,194 meters above sea level, is located in northeast China, Jilin Province, bordering North Korea. Covering an area of 9.82 square kilometers (3.79 square miles) and with a volume of about two billion cubic meters, Tianchi Lake is the deepest mountain lake and the largest crater lake in China, with an average depth of 204 meters, the deepest part being 373 meters. People have said often that there are monsters emerging from the water. In an observation station near the Tianchi Lake, scientists have done long-term observation and their research has yielded many valuable pictures and data. This proves that the unknown creatures indeed exist; however, what species they are still remains unclear.