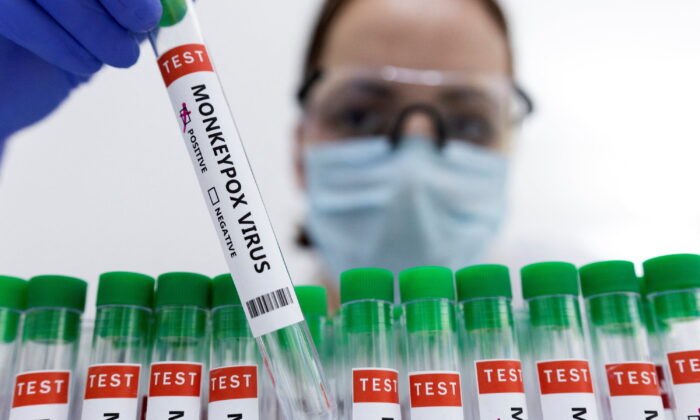 Monkeypox has been declared a global health emergency by the World Health Organization (WHO), joining COVID-19, which the international agency continues to label as such nearly two and a half years after it was first declared.

“I have decided that the global monkeypox outbreak represents a public health emergency of international concern,” WHO Director-General Tedros Adhanom Ghebreyesus said in a July 23 statement.

Ghebreyesus said that his decision was prompted by the global growth in monkeypox cases, which have now been reported in over 75 countries and territories, with over 16,000 infections and five deaths.

The WHO’s Emergency Committee, which is made up of independent experts, was convened a month ago by Ghebreyesus to study the outbreak and determine if it meets the conditions of a “public health emergency of international concern.”

At the time, when there were 3,040 cases of monkeypox reported to the WHO from 47 countries, the Committee determined it was not a global health emergency.

But the continued spread of the outbreak prompted the WHO chief to reconvene the committee on July 21.

“I thank the committee for its careful consideration of the evidence, and issues,” Ghebreyesus said, adding that, this time too, “the committee was unable to reach a consensus on whether the outbreak represents a public health emergency of international concern.”

The reasons committee members gave for and against declaring monkeypox a global health emergency have been laid out in a report.

Proponents argued that the multi-country outbreak meets all three criteria for defining a public health emergency of international concern, namely that it is an extraordinary event, constitutes a public health risk to other countries due to its spread, and may require a “coordinated international response.”

Other arguments in favor of an emergency declaration included concern that the magnitude of the outbreak may be underreported, that its modes of transmission remain not fully understood, and that monkeypox has “significant morbidity.”

The WHO estimates the monkeypox case fatality ratio at around 3–6 percent.

Opponents of the declaration argued that the global risk assessment with respect to monkeypox remains unchanged from the committee’s prior meeting, the severity of the disease “is perceived to be low,” and the vast majority of reported cases are observed in men having sex with multiple male partners, making targeted interventions easier to accomplish.

“Cases observed beyond this population group, including among health workers are, to date, limited,” the WHO report said.

Other arguments against expressed by members of the advisory committee include a relatively limited scope of the outbreak. Currently, outbreaks are currently reported in 12 countries in Europe and in the Americas “with no indications, based on currently available data, of an exponential increase in the number of cases in any of those countries, and early signs of stabilization or declining trends observed in some countries.”

Committee members opposed to the declaration also appeared to want to wait for more data to come in regarding the outbreak in order to calibrate an optimal response.

“The epidemic is gaining maturity, with future waves expected, and clearer indications about the effectiveness of policies and interventions are being generated,” the WHO report said.

Opponents also said that declaring a public health emergency of international concern with respect to monkeypox risks hampering response efforts, including by “unnecessarily and artificially” increasing the perception of the risk of the disease by the general public and sparking needless demand for vaccines, which are in limited supply.

Ghebreyesus said in the statement justifying his decision that, “in short, we have an outbreak that has spread around the world rapidly, through new modes of transmission, about which we understand too little, and which meets the criteria in the International Health Regulations.”

Dr. Scott Gottlieb, former director of the Food and Drug Administration (FDA) and current board member at Pfizer, said in a statement on Twitter following the WHO declaration that the agency’s earlier “hesitation” in making an emergency declaration when “the scope of the crisis was already obvious, was an openly political gesture.”

“The reality is the practical impact of declaration is muted, because WHO has marginalized itself. Nonetheless, a good move by Tedros to act with conviction,” Gottlieb said.

Some had a critical take on the monkeypox emergency declaration.

“Five deaths worldwide in three months. They don’t make global health emergencies like they used to!” said Alex Berenson, author of “Tell Your Children and Pandemia,” a book critical of the response to COVID-19, in a statement on Twitter.

“Monkeypox is barely even an MSM issue,” he continued, referring to the acronym used by the WHO for “men having sex with other men,” adding that the disease is “mostly confined to a wildly promiscuous subset of the gay community.”

Earlier in July, the WHO said that COVID-19 remains a global health emergency, extending the status of the disease as such after initially declaring it a public health emergency of international concern on Jan. 30, 2020.

A determination of an outbreak as a global health emergency can speed up research, funding, and international response measures to contain a disease.