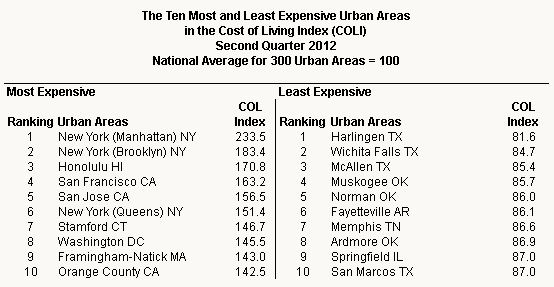 (Courtesy of the Council for Community and Economic Research)
US

NEW YORK—Workers on the Long Island Rail Road (LIRR) cost the agency an extra $160,000 in labor costs at one small work site by arriving late, leaving early, and claiming to work through lunch.

Lost labor hours totaled 660; in part because crew members consistently arrived at the site late and left early—for example, instead of arriving at 8 a.m., the average arrival time was 8:45 a.m., and crews arrived between one and three hours late on 19 mornings. On another two days crews arrived in the afternoon.

The LIRR accepted all the recommendations from the inspector’s office about how to fix the problems, including foremen actively enforcing arrival and departure times, making use of the vehicle monitoring data on a daily basis, and stricter protocol about working through lunch.

“We expect our employees to put in a full day of work for a full day’s pay. Anything less is unacceptable,” said LIRR President Helena Williams in a statement.

The inspector’s office said it will continue monitoring the agency to make sure the changes are made.