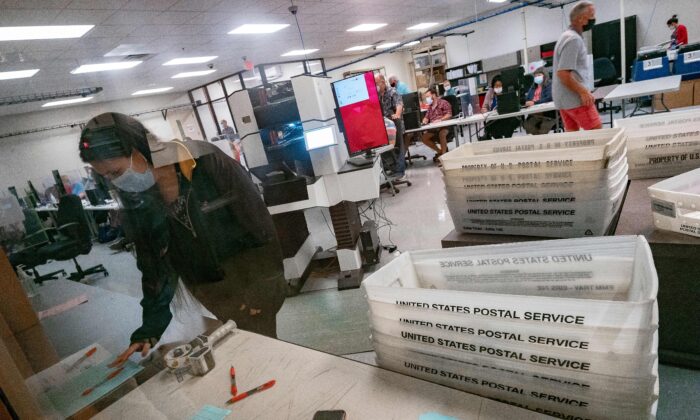 What the New York Election Fiasco Tells Us About Voter Fraud

“The decision comes at a time when states are pursuing a series of Republican-backed voting restrictions in the wake of former President Donald Trump’s false claims of widespread election fraud and irregularities in his 2020 loss to now-President Joe Biden.”

False claims? How exactly does the Daily Mail know that? Of course, they don’t. Nobody really does because it has not been faintly investigated. The DM is just writing the usual propaganda—in other words, drivel.

Or, as of the great Italian playwright Luigi Pirandello put it in the title of one of his most famous works, “It is so, if you think so,” alternatively translated as “Right you are, if you think you are.”

Nothing underscores this more dramatically than the mega-fiasco surrounding the New York City Democratic mayoral primary. As the world knows now, some 135,000 non-existent votes were somehow magically injected into the system.

The winner of this supposed “ranking system” election (it certainly was “rank” in every sense of the world) is naturally suing and we seem headed for a do-over.

This primary was, needless to say, virtually the city’s mayoral election since New York voters these days seem constitutionally allergic to Republicans, or to civic health, for that matter. They already showed their great intelligence electing Bill de Blasio in the first place, perhaps the most universally hated politician of our time.

As someone born in NYC when it was a wonderful place to live, I look on the demise of that once great city as a true domestic, even a global, tragedy.

But this demise has something to tell us. New York is the media capital of the world and it (they) have been lying to us and themselves for a long time, decades really.

The old line “If I can make it there [New York] / I’ll make it anywhere,” now has redolence we never anticipated. Maybe it should be rewritten as “If New York can [blank] it up, anybody can.”

It should tell us that election fraud or malfeasance or just plain gross error, all of them together or separately, are not only possible everywhere in our country, they likely have happened everywhere—or nearly.

Donald Trump may seem rhetorically excessive to many, but he is also telling the truth.

The electoral system of the United States of America is one big mess. The system is full of holes in practically every state—and you can probably remove the “practically.”

Elections across the country have become a target for mass profiteering with voting machines and have been wide-open to obvious fraud via mail-in ballots (that even The New York Times not so long ago abjured).

If we don’t reform the system, state-by-state, the great American experiment, our democratic republic, is over.

The good news is—despite what the reactionaries at the Daily Mail are telling us—that the Supreme Court, via this latest decision, may finally be waking up, at least to this one crucial problem. (They have been AWOL until now.)

Just, just maybe, We the People can look to them for help in the future.