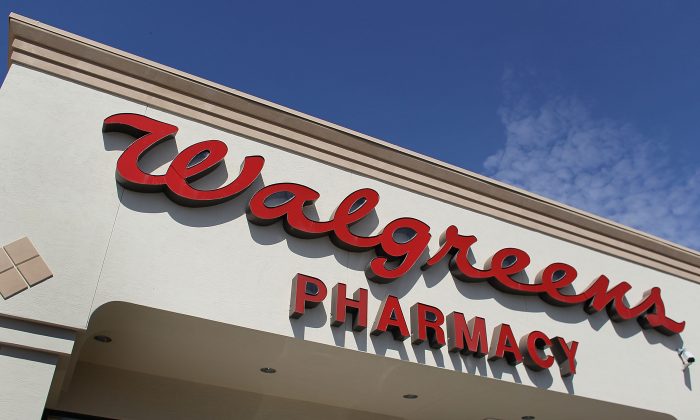 A Walgreens in a file photograph. (Joe Raedle/Getty Images)
Health

Walgreens issued a statement saying vaccine mix-ups are rare after an Indiana family said their two young children got two full adult doses of the Pfizer COVID-19 vaccine instead of influenza shots.

Speaking to 14News, Alexandra and Joshua Price said a Walgreens in Evansville, Indiana, administered the COVID-19 vaccines to their two young children, aged 4 and 5, on Oct. 5. The Pfizer vaccine isn’t approved by the Food and Drug Administration for children under the age of 12.

“Walgreens called me to say there was a mix-up, we did not receive the flu shot,” Alexandra Price told the local news outlet. “And I’m like well what did we get? And he was like we got the COVID-19 shot … And instantly I was like, ‘Well what does this mean for my kids?'”

A lawyer for the family, Daniel Tuley, told the outlet that both children were taken to a pediatric cardiologist. The family was told that both kids were showing signs of heart trouble.

“The children have experienced a number of adverse effects since receiving the Pfizer COVID-19 vaccine. Fever, body aches, cough, headaches, and nausea are among the symptoms the children are experiencing,” Tuley said in a statement to news outlets. “The 4- and 5-year-old are also under treatment of a pediatric cardiologist for tachycardia and elevated blood pressure, respectively.”

The family said the younger child became sick with a fever and a cough and the older child developed a fever.

“Lukas started feeling sick before we even got home from Walgreens,” Price said, referring to her son, CNN reported.

On Tuesday after a follow-up appointment, Alexandra said her son’s condition had improved but her daughter’s condition is worsening.

“Her blood pressure is in the 98th percentile and she continues to have no energy,” Price said, referring to her daughter Sophia.

Walgreens issued statements to several news outlets about the incident, describing such mix-ups as uncommon.

“Generally speaking, such instances are rare, and Walgreens takes these matters very seriously,” Walgreens said in a statement. “In the event of any error, our first concern is always our patients’ well-being.”

The pharmacy chain also said, “Our multi-step vaccination procedure includes several safety checks to minimize the chance of human error and we have reviewed this process with our pharmacy staff in order to prevent such occurrences.”

Walgreens did not elaborate on how the mix-up could have occurred. The Epoch Times has contacted both Walgreens and Pfizer for comment.

In September, a Walgreens in Fresno, California, also mistakenly injected a COVID-19 vaccine instead of a flu shot.