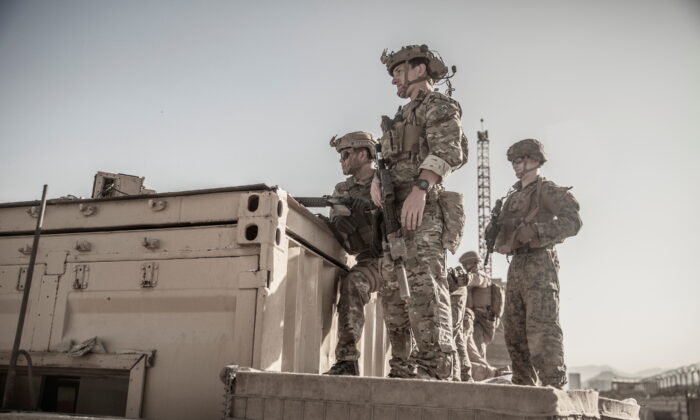 Update: The drone strike had killed innocent civilians, not a member of the ISIS-K terrorist group as initially announced by U.S. CENTCOM. The strike killed at least 10 people, including seven children. A congressional testimony by three top officials from the U.S. military came a month later, relaying further details.

The U.S. military carried out a counterterrorism drone strike against a member of the ISIS-K terrorist group in Afghanistan early on Aug. 28 local time, according to U.S. Central Command.

“Initial indications are that we killed the target,” he said. “We know of no civilian casualties.”

The strike involved an unmanned aerial vehicle in Afghanistan’s Nangarhar Province, he added.

ISIS-K is an affiliate of the ISIS terrorist group. It claimed responsibility for an attack that took place on Aug. 26 outside the gates of Hamid Karzai International Airport in Kabul, bragging that a suicide bomber had managed to “penetrate all the security fortifications” put in place by U.S. forces and the Taliban.

It wasn’t clear whether the now-deceased ISIS-K planner was involved specifically in the Aug. 26 attack, which took place at or near the Abbey Gate on the eastern side of the airport. According to initial reports, one bomb went off at the gate before at least one other exploded near the Baron Hotel, situated a short distance from the gate.

The Pentagon confirmed on Aug. 27 that a suicide bomber carried out the attack and denied reports of a second explosion at or near the Baron Hotel.

“We are not sure how that report was provided incorrectly, but we know it’s not any surprise that in the confusion of a very dynamic event, it can cause information to sometimes be misreported or garbled,” U.S. Army Major General Hank Taylor told reporters. “We felt it was important to correct the record with you all here.”

Zabihullah Mujahid, a spokesman for the Taliban, said that it was conducting a “Taliban investigation” into the ISIS-K attack.

Since Aug. 15, crowds have flooded to the gates of Kabul airport, desperate for help from U.S. allies to leave the country.

Mujahid told reporters in Kabul on Aug. 24 that they want all foreign evacuations to be completed by Aug. 31 and will accept “no extensions” to the deadline.