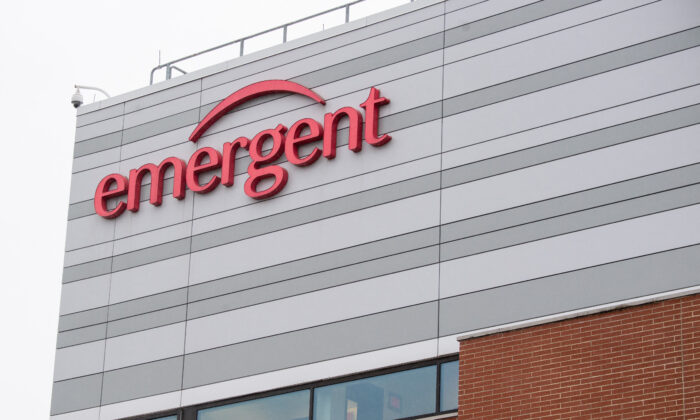 The Emergent BioSolutions plant, a manufacturing partner for Johnson & Johnson's COVID-19 vaccine, is seen in Baltimore, Md., on April 9, 2021. (Saul Loeb/AFP via Getty Images)
US News

The United States government has canceled a contract with Emergent BioSolutions, a major vaccine manufacturer that came under investigation after it was blamed for a bad batch of 15 million doses of Johnson & Johnson’s COVID-19 vaccine.

The Department of Health and Human Services and Emergent mutually agreed to end the contract on Nov. 1, the Maryland-based company said in an earnings report.

The cancellation means the contract was reduced by about $180 million.

The contract was reached in June 2012. It included manufacturing therapies for cancer and tuberculosis vaccines. In 2020, it was expanded to include manufacturing for third-party COVID-19 vaccines and therapeutics.

But Emergent’s work on a batch of drug substances for the Johnson & Johnson vaccine was pinpointed as ruining some 15 million doses. Workers there mixed up ingredients for J&J’s shot and a vaccine from AstraZeneca.

The issue delayed the rollout of the Johnson & Johnson vaccine for months.

Johnson & Johnson was put in charge of the vaccine production by the Biden administration, but regulators later reportedly decided that another 60 million doses needed to be thrown out.

Food and Drug Administration investigators later found substandard conditions at the plant, including black residue on the floor and peeling paint in various rooms, along with inadequate waste handling and overcrowding of materials, the agency said in a report (pdf) made public in April.

They said workers failed to follow standard protocols in place to prevent cross-contamination.

Emergent said in a statement at the time that it was “committed to working with the FDA and Johnson & Johnson to quickly resolve the issues identified.”