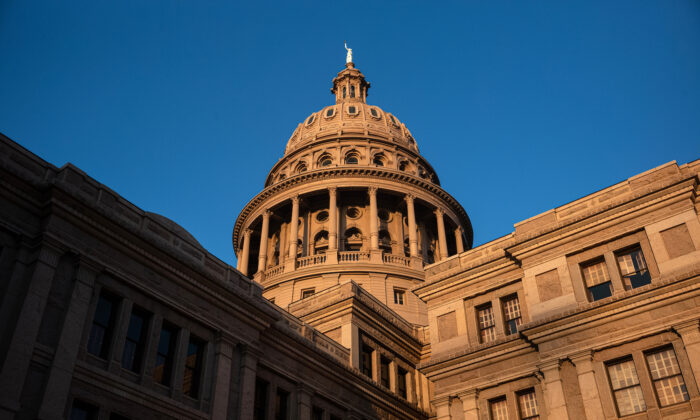 Guillen said he grew up among Democrats and has always been a Democrat lawmaker, but he felt it was time to change parties.

“Many of us are waking up to the fact that the values of those in Washington, D.C. are not our values, are not the values of most Texans, certainly not the values of South Texans. The ideology of defunding the police, of destroying the oil and gas industry, and the chaos at our border is disastrous for those of us who live here in south Texas,” he told a press conference in Floresville, near San Antonio.

Guillen said he’s voted for years to protect the Second Amendment and unborn babies, and has long been against tax increases. He also wants the U.S.–Mexico border secured.

“I now look forward to not having to break with my party” to accomplish those things, he said.

Guillen’s choice won’t affect control of the state’s lower chamber. Republicans hold both chambers; the majority in the House was 83–66 before the change.

No Texas lawmaker had switched parties since Rep. J.M. Lozano switched from the Democratic Party to the GOP in 2012.

Texas House Speaker Dade Phelan, a Republican, called Guillen “a true genuine servant to the State of Texas and to his district” and “one of the most effective members of the House.”

“He’s a bill-passing machine. He passed more bills in one session that I’ve filed my entire tenure,” he said, adding that he and the new Republican have shared a commitment for years to pro-family, pro-business, and pro-liberty values.

“With trailblazers like Representative Guillen, we will continue to make gains in South Texas and grow the party in our way to victories up and down the ballot in 2022,” she said in a statement.

Texas Republican Party Chairman Matt Rinaldi, a former state representative, called Guillen a longtime friend and said the situation “is yet another example of how the increasing extremism of the Democratic Party has alienated Texans who care about smaller government, strong families, safe communities, and the protection of the unborn.”

The Texas Democratic Party and the Democratic National Committee did not immediately respond to requests for comment. Neither have issued public statements on Guillen’s party switch.

But state Rep. Chris Turner, the head of the House Democratic Caucus, said in a statement that the change was because of the redrawn districts.

“Republicans cynically gutted Rep. Guillen’s district in the redistricting process, showing complete disrespect for both him and his constituents,” Turner said. “Usually, people in Ryan’s position would choose to fight. Instead, he has chosen to join them.”