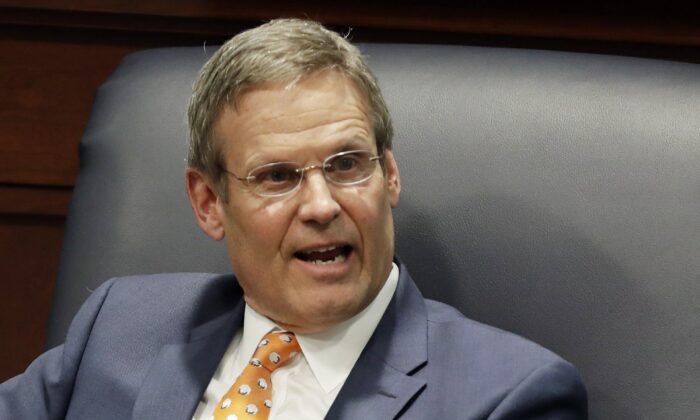 Tennessee Gov. Bill Lee signed a sweeping measure into law on Friday that will largely ban COVID-19 vaccine passports and restrict the enforcement of mask mandates across the state.

The measure, HB 9077/SB 9014, was passed by the state legislature last month in a three-day special legislative session.

The new law (pdf) will take effect immediately, banning government entities, public schools, and many private businesses from requiring proof of COVID-19 vaccines as a condition of entry, or mandating vaccines among their staff.

Businesses that contract with the federal government—and thereby receive federal funds, including public universities—may be able to mandate vaccines and masks after they apply for and obtain approval from the state’s comptroller’s office, if they can make the case that not doing so could result in them losing out on federal funding.

Some companies and higher education institutions have already reached out about being exempt from the requirements. The comptroller will have an online form up and running for exemption applications by Monday, spokesperson John Dunn said, reported The Associated Press.

The new law also only allows public schools and government entities to mandate masks if there are at least 1,000 COVID-19 cases for every 100,000 residents within a 14-day period. No county in Tennessee has reached that figure since the start of the CCP (Chinese Communist Party) virus pandemic. Even if a mask mandate is enforced, it would only be allowed to last for 14 days.

The measure would also allow for people who left their job because they refused the COVID-19 vaccine amid workplace mandates, to qualify for unemployment benefits.

The Epoch Times previously reported on other items in the sweeping Tennessee legislation in further detail.

The new measure comes after the Biden administration on Nov. 4 issued a rule via its Labor Department’s Occupational Safety and Health Administration (OSHA), requiring businesses with 100 employees or more to require them to be vaccinated against COVID-19 by Jan. 4, 2022, or to be tested weekly and wear a mask.

A federal court of appeals issued a temporary halt on the federal vaccine mandate on Nov. 6 as multiple legal battles play out over the mandate’s legality. The court reaffirmed its decision on Friday.

Republican lawmakers had cited the federal vaccine mandate as the main reason they called the three-day special session, The Associated Press reported.

According to the news agency, the Tennessee Chamber of Commerce and Industry and the National Federation of Independent Business of Tennessee said the new state law would put companies at risk of being sued while they try to navigate conflicting state and federal requirements on vaccine requirements.

“A big win 4 upholding the constitutional rights of all citizens!” Sexton said on Twitter. “Proud that we protected parental rights & the ability of Tennesseans to make health decisions free of government intrusion & coercion while also drawing a line in the sand against Biden’s unconstitutional overreach.”