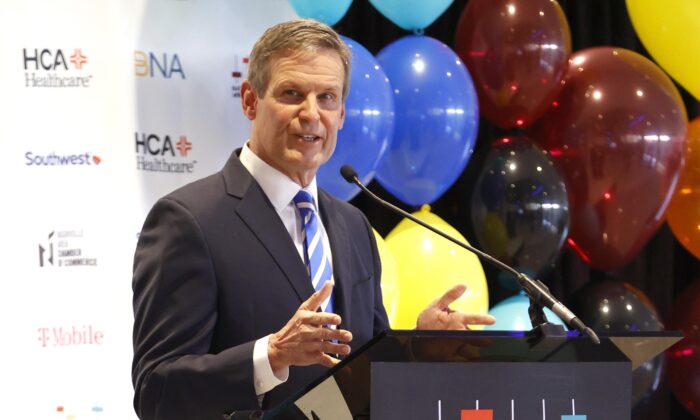 A growing number of states are passing laws prohibiting inculcation of the quasi-Marxist critical race theory (CRT) in schools and other government institutions, in response to mounting opposition to the ideology.

Governors from Tennessee, Idaho, Arkansas, and Oklahoma have already signed anti-CRT bills. In Texas, Arizona, and Iowa, similar legislation is awaiting signatures from their governors.

North Carolina and Utah have passed anti-CRT bills in one legislative chamber thus far. Lawmakers in several more states have proposed such bills, but haven’t had much success pushing them through.

CRT redefines human history as a struggle between “oppressors”—white people—and the “oppressed”—everybody else—similar to Marxism’s reduction of history to a struggle between the “bourgeois” and the “proletariat.” It labels institutions that emerged in majority-white societies as racist and “white supremacist,” and has gradually proliferated in recent decades from academia to government structures, school systems, and the corporate world.

Proponents of CRT have argued that the theory is “demonstrating how pervasive systemic racism truly is.” Critics say the theory’s argument about systemic racism is riddled with fallacies and includes totalitarian elements of coercion and suppression of dissent.

Some of the bills aim to keep CRT out of the classroom, while others are limited to bans on CRT-based training for government workers.

The bills usually include a clause that makes clear teachers are free to talk about CRT or related topics, as long as they don’t endorse such “divisive concepts.”

Some governors, such as Ron DeSantis in Florida and Kristi Noem in South Dakota, haven’t been presented with a CRT ban to sign, but have taken other actions against CRT. Florida is working on a new civics curriculum that will explicitly exclude CRT. It appears the state is also interpreting its existing anti-discrimination rules as applicable against CRT.

The Biden administration is pushing in the opposite direction. The Education Department outlined new priority criteria last month for a $5.3 million American History and Civics Education grant, as well as exemplary materials for K-12 educators. The department cited the “1619 Project” and Ibram X. Kendi’s “antiracist idea”—both of which are underpinned by CRT —as leading examples of the kind of content it wants to promote in history and civics classrooms across the country.

The grant offer was part of the reason that Tennessee Rep. John Ragan introduced the state’s anti-CRT legislation as a “preemptive strike,” he told The Epoch Times.

His other reason was a stream of “complaints from constituents across the state,” he said.

Many parents first learned about CRT when schools switched to virtual instruction in response to the CCP (Chinese Communist Party) virus pandemic last year, and parents got a chance to see what their children were learning. A growing number of teachers and other school staff have blown the whistle on CRT proliferation in their schools.

The language of Ragan’s bill was inspired by the executive order issued last year by President Donald Trump that banned federal agencies, contractors, subcontractors, and grantees from instructing their employees to follow CRT tenets. President Joe Biden has since rescinded that order.