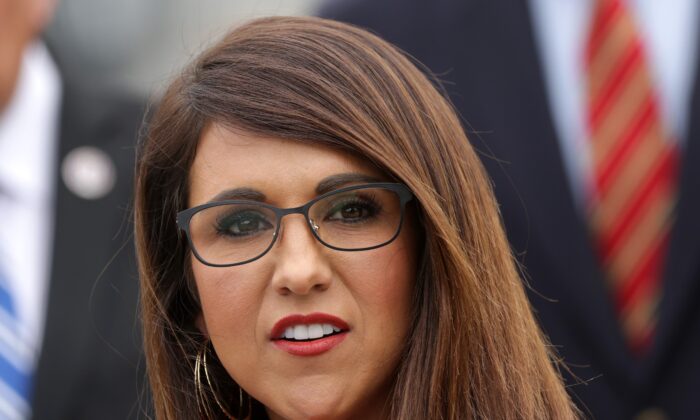 I take my texts today from Anonymous—or, what is functionally equivalent, from quotations that have been so promiscuously attributed that no one is really certain who first uttered them.

Yes, I know: when in doubt “Winston Churchill” is often a good bet, as is “George Orwell” or “Mark Twain.”

But I am pretty sure that none of those worthies is responsible for my two quotations, to wit, the observation that “A gentleman is never unintentionally rude” and the imperative “Never apologize, never explain.”

The first occurred to me while watching Colorado Congresswoman Lauren Boebert’s snide but amusing comments about her Minnesota colleague Ilhan Omar, she of the inevitable head dress, fondness for anti-Semitic and anti-American remarks, and confusion about the difference between “brother” and “husband.”

Boebert, a high-energy, pro-gun conservative was addressing some supporters when she recalled sharing an elevator at the Capitol with Omar.

She noticed an alarmed-looking police officer sprinting toward them just as the elevator door was closing.

“What’s happening? I look to my left, and there she is: Ilhan Omar. And I said, well, she doesn’t have a backpack, we should be fine.”

Boebert continued: “the jihad squad decided to show up for work today.”

Is that offensive? Maybe. I am pretty sure that it is intended to be offensive.

I am certain, however, that it is also funny.

At least, I certainly found it funny.

The regime media, however, and such spokesmen as former Congresswoman Barbara Comstock are (or are pretending to be) in a tizzy of indignation over Boebert’s remarks.

Indeed, the outrage machine has been cranked up to eleven over Boebert’s comments.

I find this a little odd since Boebert is well known for her incendiary rhetoric—it is part of what makes her so refreshing—and has often referred to Ilhan Omar as a member of the “jihad squad.”

She has often been criticized for it, but has usually just brushed off the whimpering.

This time, though, she seems to have crossed a line, touched some third rail of politics, or [insert your favorite cliché here].

Doubtless, Gertrude Stein was right when she observed that it is important to know how far to go when going too far.

But did Lauren Boebert go too far with her comment about Ilhan Omar?

As I say, the regime media is hoping she did.

And Boebert, to my regret, seems to agree. On Friday, she issued this apology:

“I apologize to anyone in the Muslim community I offended with my comment about Rep. Omar. I have reached out to her office to speak with her directly. There are plenty of policy differences to focus on without this unnecessary distraction.”

Which brings me to my second text: “Never apologize, never explain.”

In fact, I believe that there are situations in which it is appropriate to offer an apology.

In my view, though, this is not one of them.

But wait, didn’t I say that Boebert’s comments were offensive?

Yes, and they were intended to be.

Politics is an offensive business.

It always has been, and it always will be.

I recommend that the indignation experts in the media take a look at what Demosthenes had to say about Philip of Macedon, what Cicero had to say about Catline or Marc Antony, what the partisans of John Adams and Thomas Jefferson had to say about one another in the election of 1800.

Lauren Boebert is tame by comparison.

I think politics ought to abide by Rule 12 of The Other Club, the famous London establishment that included luminaries such as Churchill and F.E. Smith as members:

“Nothing in the rules or intercourse of the Club,” Rule 12 warned members, “shall interfere with the rancour or asperity of party politics.”

Three cheers for rancor and asperity.

And three cheers for reciprocity.

What makes the feigned outraged over Lauren Boebert’s comments so contemptible, and what makes her apology so misconceived, is that the outrage and indignation are all on one side.

Like Donald Trump, like anyone who effectively opposes the establishment narrative, Boebert is regularly subjected to the most vile attacks.

That’s fine. That’s the way things are meant to be.

What is not fine is the fact that rancor is all on one side.

It’s OK to call Trump “literally Hitler,” to mass females in pink “pussy hats” to complain about his coarseness (you see how deficient these people are in irony), and to mount an unofficial competition to depict various ways of assassinating the President of the United States (I remember hanging, burning, exploding, stabbing, and shooting), but just let Trump make fun of Miss Jim Acosta or accuse CNN of being “fake news” and the republic’s sodden knickers go instantly into a twist.

It’s the same with Lauren Boebert.

Why should she kowtow to the likes of Ilhan Omar or the preposterous Eric Swalwell or any regime apologists masquerading as journalists?

I hope this experience will stiffen her resolve.

Everyone can be forgiven for one apology uttered in a fraught moment.

Make a habit of it and you turn into Mitt Romney.

I’ve never met Lauren Boebert, but I am pretty sure she would shudder at that unsavory prospect.