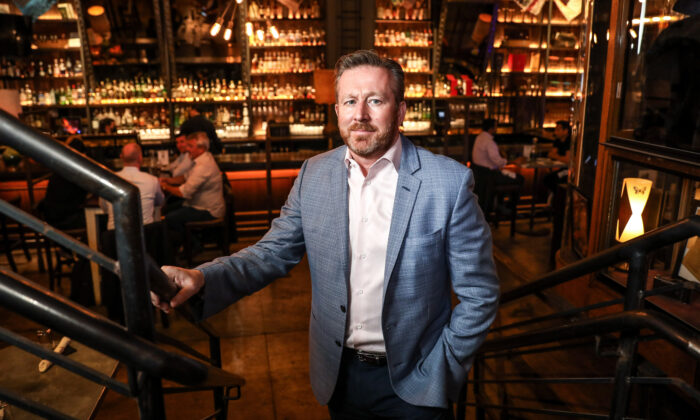 Owners and managers from New York, California, Washington, and Chicago told The Epoch Times hiring woes have become a nightmare amid a litany of other challenges like indoor occupancy rules. They say the federal unemployment bonuses handed out during the CCP (Chinese Communist Party) virus pandemic incentivized people to stay home instead of working.

Now, restaurants are starting the long, hard, and costly climb back to profitability. The lockdowns imposed across the country a year ago have since put out of business over 110,000 eateries, some of them permanently.

It’s become so dire that one McDonald’s location in Florida started paying $50 to anyone who would show up for a job interview. Other franchises like Taco Bell, which needs at least 5,000 new employees, are holding hiring events in parking lots.

Hiring difficulties have long existed in the service industry, even before the pandemic. But Hudson Riehle, the senior vice president for research at the National Restaurant Association said it’s reaching unprecedented levels.

“With fewer people in the workforce, the stimulus supports still in place, worker safety concerns, the need for caregivers to remain at home, and much greater competition with other industries for workers, operators are returning to pre-pandemic recruitment techniques for hiring,” he said.

Mark Fox, a native of Dublin who now lives in New York City, owns four restaurants in the Big Apple. While business is now finally starting to pick up, hiring troubles have slowed down the momentum.

According to Fox, the biggest factor behind the difficulty in hiring is the enhanced unemployment benefits, which now extend until the beginning of September. While he stressed it was necessary earlier in the pandemic, he believes the federal government has continued it for too long.

“It’s not financially beneficial for [people] to return to work,” he said. “So we’re in a real crisis with respect to labor shortfall.”

As Fox told his story, he described the emotional struggle he dealt with as he was forced to lay off workers on a long-term basis. At the time, they had no other resources to pull money from and Fox felt powerless to help them.

While he is an advocate of responsible social distancing and hygiene practices, Fox believes the lockdown restrictions in the city were arbitrary and not based on evidence.

“I think there was a distrust from the state government. A lot of people lost their businesses and lost their livelihoods and their dreams because of it,” he said. “And I think it’s an American tragedy, to be perfectly honest with you.”

And while New York state has been allowed a 50 percent occupancy right through to today, New York City closed down twice and restaurants were given 25 percent occupancy mandates for many months. Fox described how he had to pay tens of thousands of dollars to bring in protective equipment, sanitizing equipment, temperature checkers, and more.

People spent money they didn’t have, and ended up closed again, he said. He also called the 10 p.m. curfew “ridiculous.”

“I believe our state and city leaders didn’t do their job,” he said. “I think that they made arbitrary decisions based on hunches. I hope that they’re held to account for it.”

Andrew Rigie the executive director at the NYC Hospitality Alliance, a nonprofit association representing eating and drinking establishments, said restaurants are facing a “complex labor shortage” on top of an economic crisis.

“We need a plan and policies to help get more people back to work,” Rigie told The Epoch Times via email.

Jim Walker, a local restaurateur in California and former president of the Newport Beach Restaurant Association, said the entire industry has been thrown into disarray.

“There is a huge shortage in back-of-the-house kitchen staff, and those who are available are dictating what they want to be paid,” Walker told The Epoch Times. “Finding hostesses and bartenders is our biggest ongoing challenge.”

Because of this, Walker is now offering bonuses for new hires who stay on for a certain length of time and offering existing staff referral bonuses. He owns three restaurants—Bungalow Restaurant, Cedar Creek, Domenico’s Pizza—and is set to open another in July.

While business is coming back for him, costs are “rising significantly,” he said noting that cattle breeders have cut back on their herds due to a lack of demand and that in one week, meat costs for a bone-in ribeye rose by $7 per pound.

On top of that, Walker pays $100,000 per year in credit card fees. Unemployment benefits, he said, are also discouraging people from working.

“People are staying home because they can make more money from stimulus extension than if they go back to work,” he said.

“Those coming across the border who might normally immediately become part of the labor market are not doing so because of all the government aid currently being handed out,” he added. “They are not motivated or desperate to get a job once they are in the U.S.”

New York City, for example, has set aside $2.1 billion in funds from the state budget to pay illegal immigrants who lost work during the pandemic.

Walker’s wife recently went to a restaurant in San Juan Capistrano. When the bill came there was a 4 percent “Kitchen Appreciation Fee.” Some restaurants, according to Walker, are now charging a “COVID Recovery Fee” as well, and many consumers are not even noticing the extra charges.

One chef and owner of a seafood restaurant franchise in California summed up the dismal situation in a now-viral Twitter post.

“There are no employees available in California,” Andrew Gruel wrote on April 29. “We are paying dishwashers $21 to start. The two main reasons people tell me they won’t work: They are making enough on unemployment and would rather not work; 2. With schools closed, they can’t pay someone to watch their children.”

Gruel added in a follow-up post that not a single person he spoke to said they were scared of the virus.

Keisha Rucke, owner of The Soul Shack, said her restaurant is short-staffed and she is always on the lookout for new hires.

Rucke told The Epoch Times she needs four more servers, a line person for the day and one for the evening, and another cleaning crew. Her cooking staff, however, have stayed with her through everything over the last two years since they opened.

“I just hired two cashiers. I couldn’t get cashiers for a month,” she said. “I literally had people here multitasking. I was cashiering, I actually had to hire my daughter to come in.”

Two of her friends who own restaurants in the area told her they had to adjust their hours for dine-in because of a lack of servers. Rucke said she now is paying a higher hourly rate for her own servers in order to entice them into work.

She believes there are multiple reasons why hiring is hard, including that people are still taking in unemployment checks that are probably higher than the paychecks they would get from working, or they are still afraid of coming out due to the pandemic.

“I don’t know what is that we can do,” she said. “I see so many signs where people are looking for servers and line persons and cashiers that I don’t think it’s only a restaurant industry thing at this point.”

Eric St. Clair, manager at Proper 21, a bar located in Washington, said the hardest part of hiring for them was the unpredictability. One day, they would be super busy all day, and then the next they would be overstaffed.

They closed entirely for 3 months last year, and while they had a few former employees come back, some went to other industries like beauty and construction. While hiring is a factor, the biggest issue the bar is facing now is the restaurant restrictions imposed by Washington Mayor Muriel Bowser.

“It’s just kind of crippling restaurants now,” he told The Epoch Times. “They are still keeping us at 25 percent when other states have lifted outdoor masks and Virginia is going back to bar seating.”

“I wish she would open it up,” he said. “A bunch of bars have sent her letters recommending opening back up, but she’s just not budging right now.”

St. Clair noted that smaller restaurants were hurt much harder than corporate restaurants or chains. He described how for the longest time, their restaurants would just have one manager and one bartender doing everything.