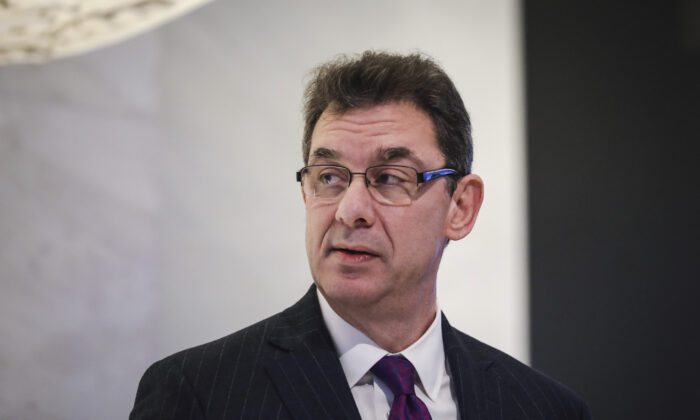 Pfizer CEO Albert Bourla said on Tuesday that, at some point in the future, a strain of COVID-19 that is resistant to vaccines is likely to emerge.

“Every time that the variant appears in the world, our scientists are getting their hands around it,” Bourla told Fox News in an interview. “They are researching to see if this variant can escape the protection of our vaccine. We haven’t identified any yet but we believe that it is likely that one day, one of them will emerge.”

This is not the first time Bourla has made the ominous prediction. He addressed the issue in a wide-ranging interview with Fortune in February, around the time when attention was increasingly turning to new mutations of the CCP (Chinese Communist Party) virus, the pathogen that causes COVID-19.

Responding to a question about the effectiveness of the Pfizer vaccine against emerging variants, Bourla said he was “quite confident” it could neutralize the new mutations and cited encouraging lab results. At the same time, he said that “the fundamental question” is how likely it is that there will eventually emerge a vaccine-resistant strain of coronavirus.

“Theoretically, it’s a very possible scenario. If you protect a very big part of the population, and if there is a strain that emerges that can use this pool of population to replicate while the current strains cannot, obviously this will overtake the original. So it’s not a certainty, but it is now, I believe, a likely scenario,” he said.

At the time, Bourla told Fortune that the mRNA technology used in the Pfizer-BioNTech vaccine allows for the rapid development of a new version able to create a different immunogenicity that could cover new mutations. He predicted that such a vaccine could be developed in around two months but noted this would depend on multiple factors including the regulatory framework.

In his interview with Fox News, he expanded on this, saying Pfizer has a process in place allowing the company to develop a variant-specific vaccine within 95 days of identifying a new mutation.

His remarks came on the same day that the Centers for Disease Control and Prevention (CDC) reported new data shedding more light on vaccine effectiveness against the Delta variant. Based on a study of 4,217 fully vaccinated participants—65 percent of whom received the Pfizer shot, 33 percent took Moderna’s vaccine, and 2 percent got the Johnson&Johnson jab—the CDC report found lower effectiveness (66 percent) during the Delta prominent period compared to the months preceding Delta predominance (91 percent).

A day earlier, the Food and Drug Administration (FDA) granted full regulatory approval for Pfizer’s COVID-19 vaccine for people 16 and older, making it the first such shot to make it beyond the emergency-use-only stage.