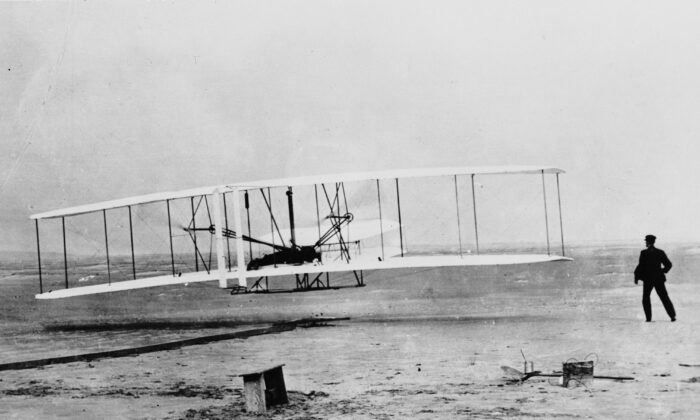 When asked in Europe in 2009 whether he believed in American exceptionalism, then-President Barack Obama said he did—in the same way that “the Brits believe in British exceptionalism and the Greeks in Greek exceptionalism.” In other words, “No.”

Today, well over 40 million people living in the United States were born elsewhere—far more than any other country in the world. There’s a reason why millions of people try to get into the U.S. illegally even as we accept a significant number of legal immigrants each year. I don’t notice anyone queuing up to get into China or Russia. It seems the immigrants of the world know something Obama doesn’t.

America is a unique experiment in self-government. As Ronald Reagan said, the idea that government “is beholden to the people, that it has no other source of power except the sovereign people, is still the newest and the most unique idea in all the long history of man’s relation to man.”

This idea allows the American people to enjoy a level of individual freedom unprecedented in human history. With genuine freedom comes equal opportunity, which is available to all Americans, allowing anyone among us to achieve his or her goals. There’s a reason why you don’t hear about a French dream in France but the American dream has become a national ethos.

As David McCullough writes in his biography of them, they “had no college education, no formal technical training, no experience working with anyone other than themselves, no friends in high places, no financial backers, no government subsidies, and little money of their own.”

Yet, the Wright brothers became the first men to fly, changing the world forever and immortalizing themselves in history. How? They didn’t have money, status, or connections, but they were raised to have a great intellectual curiosity. Add hard work and innovation, and they had all the ingredients they needed.

The Wright brothers, two bicycle salesmen who spent just $1,000 to construct their plane, could only be possible in America. The lesson here is simple: There’s no reason for anyone to give up if you’re an American.

Tragically, we are losing this sense of ourselves as a truly special country unlike any other—in large part because we’re not studying or teaching history. At least not well. We must learn from history to be better in the future, not erase the past and arrogantly believe we have all the answers.

This is a problem of our education system, which worries me more than any other issue in this country. We have entire high schools where not one student tests proficient in math and English. This is a real crisis. If we don’t fix education, we can’t sustain a free society. Kids won’t be able to have decent lives, and the United States won’t be able to compete with China.

One of the worst failures of America’s education system is not teaching students about American exceptionalism and how far hard work, innovation, and self-reliance can take someone. They are taught to despair, not to aspire. Look what the Wright Brothers achieved through a love of reading, an insatiable curiosity, and a strong work ethic. Nowhere else in the world is the individual so free to make his or her own way.

Yes, the American project has been messy and at times ugly. No one can or ever should erase the stains of slavery, Jim Crow, and the past treatment of Native Americans. But because of the American system and the character of the American people, we have shown a remarkable ability to self-correct with time. When it comes to our past, people need to answer a simple question: Do you want to erase history or learn from it?

I discuss all these crucial issues on this week’s episode of my podcast, “Newt’s World,” with David Rubenstein, a businessman, philanthropist, TV host, and best-selling author. Rubenstein’s latest book, “The American Experiment: Dialogues on a Dream,” is the subject of our conversation.

The American experiment is genuinely exceptional, a true aberration in the history of humanity. Americans must recognize this fact so we can maintain a government of, by, and for the people. The alternative is to lose something truly special that may never come about again.