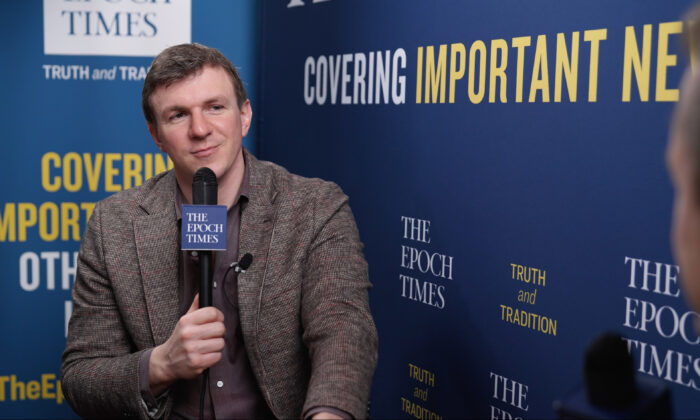 Local Fox News Reporter Says Network Is ‘Muzzling’ Her Live on the Air, Will Go to Project Veritas

A Fox affiliate station reporter, Ivory Hecker, went off-script during a weather segment on Monday saying she is being allegedly muzzled by Fox News and threatened to send secret recordings to Project Veritas.

Hecker did not go into the specifics about her recordings during the broadcast.

“I want to let you the viewers know, Fox Corp has been muzzling me to keep certain information from you, the viewer,” she said during the segment. “And from what I am gathering I am not the only reporter being subjected to this. I am going to be releasing some recordings about what goes on behind the scenes at Fox because it applies to you, the viewers. I found a nonprofit journalism group called Project Veritas that’s going to help put that out tomorrow so tune into them.”

After Hecker, who works for Fox26 in Houston, delivered the statement, she proceeded with the weather report.

Project Veritas’ official YouTube channel appeared to endorse her assertion and re-posted a video of Hecker’s announcement. And Eric Spracklen, with Project Veritas, wrote on Twitter that her story is “dropping tonight” on Tuesday, while writing that Hecker “is a hero.”

Hecker, according to Fox26’s website, is a general assignment reporter and fill-in anchor. She previously worked for KARE-11, an NBC affiliate station in Minneapolis. Hecker’s Instagram says she is a music recording artist who has released several songs.

Speaking to several news outlets following her on-air comment on Monday, Hecker said in a statement that a dispute with Fox “had taken a dark turn last August” after she interviewed an unspecified person.

“They decided they didn’t like what the interview subject had said, and they went on to internally harass and defame me,” Hecker added. “I knew I was not working for a journalistic organization when I was called into an HR meeting in December and was told to keep my support for free speech and opposition to censorship to myself—that those were not matters to be publicly spoken about.”

Earlier this year, Project Veritas released video footage that appeared to show a CNN staffer claiming the network deployed “propaganda” to push former President Donald Trump out of office. “Look at what we did, we got Trump out,” Charlie Chester, the staffer, said in secretly recorded videos. “I am 100 percent going to say it. And I 100 percent believe it that if it wasn’t for CNN, I don’t know that Trump would have got voted out.”

The Epoch Times has contacted Fox26 and Fox Corporation for comment.