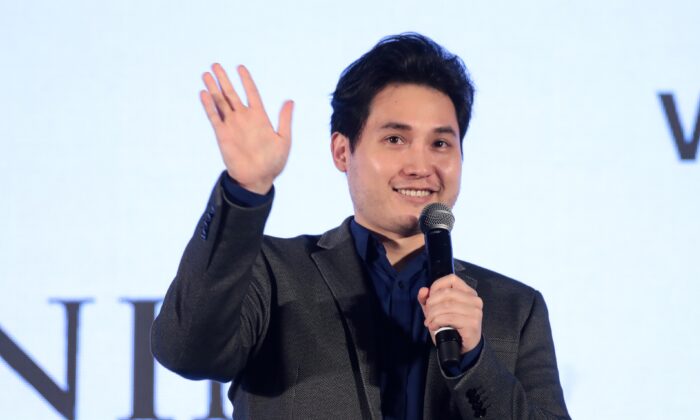 Andy Ngo, a journalist known for his reporting on anarcho-communist group Antifa, said his podcast was permanently suspended by Soundcloud.

“In an email, it says I violated its community guidelines without naming the alleged offending content,” he wrote, adding that guests he’s had on the show include Jordan Peterson, Dave Rubin, and Douglas K. Murray.

According to a report from the Post Millennial, SoundCloud sent Ngo an email saying his podcast violated the firm’s terms of use and community guidelines.

The terms state that users cannot upload content “that is abusive, libellous, defamatory, pornographic or obscene, that promotes or incites violence, terrorism, illegal acts, or hatred on the grounds of race, ethnicity, cultural identity, religious belief, disability, gender, identity or sexual orientation, or is otherwise objectionable in SoundCloud’s reasonable discretion.”

But SoundCloud didn’t provide an exact instance where Ngo’s podcast violated its terms.

“We take the security of our community very seriously. We hope that you can understand that SoundCloud is a place for people to share content which respects our Terms of Use and Community Guidelines,” SoundCloud said in the email, according to the Post Millennial.

Ngo hasn’t uploaded a new episode of his podcast since March 2020, which featured Imam Tawhidi in a discussion about the similarities of Islamic terrorists and Antifa.

In a statement to Fox News this week, Ngo said SoundCloud accused him of “incitement to violence.” Still, he added, the firm didn’t provide any evidence.

“How can a legitimate business accuse a client of such egregious crimes without even pointing to the offending content or giving me an opportunity to ask for more information?” he asked. “My podcast included interviews with professors and public figures like Ben Shapiro and Dave Rubin.”

SoundCloud’s move against Ngo is sure to further draw condemnation against Big Tech firms over what critics have called their near-unilateral power to ban users and content that doesn’t align with their political agenda. Republicans, including former President Donald Trump, have called for the revocation of the federal Section 230 law that serves as a liability shield for social media and technology companies.

Ngo, in his statement, echoed some of those concerns.

“Big Tech is not nonpartisan nor neutral. But at the least paying clients like myself on Sound Cloud should know exactly what content they’ve uploaded that is so egregious that it merits permanent suspension,” Ngo wrote. “I’m scratching my head over what they could find so objectionable about interviews with professors and mainstream figures.”