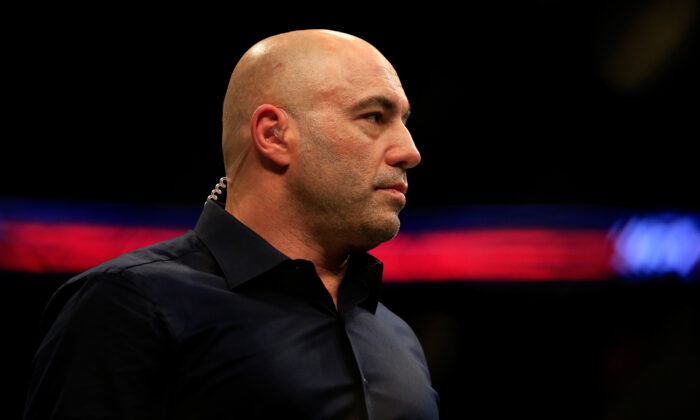 Podcaster Joe Rogan on Tuesday floated the idea of possibly filing a lawsuit against CNN after a reporter claimed that he took “horse dewormer” to treat COVID-19.

“Do I have to sue CNN? They’re making [expletive] up. They keep saying I took horse dewormer. I literally got it from a doctor. It’s an American company,” Rogan said, making reference to CNN’s Jim Acosta. “They won the Nobel Prize in 2015 for use in human beings, and CNN is saying I’m taking horse dewormer. They must know that’s a lie.”

Rogan confirmed he was taking ivermectin, which has been long been approved by the U.S. Food and Drug Administration in humans to treat a variety of illnesses, as well as other drugs after being diagnosed with COVID-19. His confirmation that he took the drug prompted criticism from a number of mainstream media pundits, including Acosta, who claimed he was taking a “livestock dewormer.”

“The podcast host Joe Rogan, he came down with COVID,” Acosta said during a CNN segment last week while speaking with White House COVID-19 adviser Anthony Fauci. “He says he’s been taking the livestock dewormer ivermectin as well as other treatments that people talk about on the internet and so on. Doesn’t have any effect on COVID, obviously.”

Several other individuals who appeared on CNN, including the network’s medical analyst Dr. Jonathan Reiner, also criticized Rogan after his announcement last week.

Ivermectin is used as an anti-parisite drug in horses, cows, and other livestock. In 2015, a Nobel Prize was awarded to Japanese scientist Satoshi Omura for discovering ivermectin about 40 years ago, which is used mainly to treat parasites but has been described by the World Health Organization as a “magic bullet” to treat a number of different ailments. The FDA has urged people not to take ivermectin for COVID-19, saying that large doses of the drug can cause side effects.

During the podcast, Rogan, who is also a UFC commentator and comedian, said he was told by “multiple doctors” to take ivermectin, adding that media outlets are trying to “make it seem like I’m doing some wacky [expletive] that’s completely ineffective … and CNN was saying that I’m a distributor of misinformation.”

Rolling Stone, meanwhile, over the past weekend issued an update to a story claiming that emergency rooms in Oklahoma were forced to turn away gunshot victims due to people overdosing on the drug. One of the hospital networks in question, NHS Sequoyah, had disputed the claim and said it “has not treated any patients due to complications related to taking ivermectin. This includes not treating any patients for ivermectin overdose.”