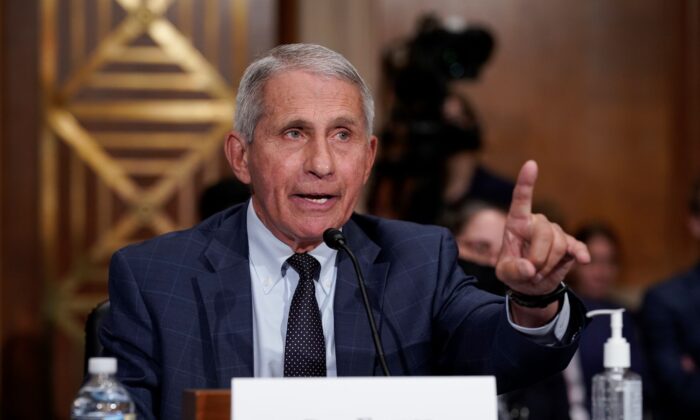 It’s Time to Purge the ‘Experts’

The United States’ military mission in Afghanistan has collapsed into chaos and ignominy. The catastrophe has many parents. But, surely, “the experts” upon which our leaders relied bear much of the blame.

Afghanistan has vividly exposed the utter stupidity of our vaunted foreign policy and national security experts, to say the least. Our hapless secretary of state, Antony Blinken, assured us that Kabul wouldn’t fall from “Friday to Monday.” He was right. It fell from Friday to Sunday.

And what are we to make of the vaunted internationalists at the United Nations? After President Joe Biden’s godawful speech signifying nothing, the State Department held a press briefing, during which spokesman Ned Price reiterated an unintentionally hilarious United Nations Security Council statement urging the Taliban government to be “inclusive and representative—including with the full, equal, and meaningful participation of women.” I’m sure the barbarians will get right to including women as soon as they’re finished raping them.

The hubris of those whizzes might be tolerable if they were adept at technocracy. But they stink at it. Indeed, every American debacle in my lifetime has “the experts’” fingerprints all over it. There was the Bay of Pigs fiasco. Vietnam. The farce of the missing Iraq WMDs. The list goes on and on.

What’s that you say? The Cuban Missile Crisis worked out very well? Indeed, it did. But that was because President John F. Kennedy ignored the advice of military experts to bomb Cuba.

What about the collapse of the Soviet Union? Once again, that salutary event was hastened because President Ronald Reagan ignored experts’ widespread disdain of the Strategic Defense Initiative (Star Wars) program and forged ahead anyway, which helped break the communists’ treasury.

Look at China. Our China-hand experts were sure that if we boosted the country’s economy, the Chinese people would demand increased freedom to go along with their improved standard of living. Not only did that demand not materialize—except in the now-crushed Hong Kong citizens’ reaction to the loss of their once existing freedoms—but we’re looking increasingly like China instead of it looking more like us.

Worse, we’re now dependent on that tyranny for much of our manufacturing and mining of crucial natural resources, such as rare earth metals. Great job, experts!

Foreign policy is far from the only field afflicted with debilitating expertitis. The public health failures during the COVID-19 pandemic could—and no doubt will—fill several books. But the botched investigations and repeated mendacity surrounding the question of whether the virus escaped from the Wuhan Institute of Virology, are particularly enraging—not to mention the U.S. funding of “gain of function” research conducted there championed by Dr. Anthony Fauci.

Speaking of the hubris of the expert class, Fauci wrote in 2020 that the WHO and the U.N. should be empowered to “rebuild the infrastructure of human existence” in order to avoid future pandemics. Considering their repeated record of abject failure, putting the international experts in charge of such an all-encompassing project would probably return us to the caves.

And look what has happened in the medical sector, where our experts are helping drive the transgender moral panic. Major medical journals and associations even promote puberty blocking for children despite it being, at best, entirely experimental and potentially physically harmful to the patients. Good grief, the American Medical Association even urges that we stop listing the sex of children on birth certificates!

And we haven’t even yet mentioned the misbegotten California public policies recommended by climate change experts that have reduced the once Golden State to a Third World environment of rolling blackouts, out-of-control wildfires, and inadequate water storage because no new reservoirs have been built for decades—even though the state’s population grew exponentially. Good grief, farmers in the Central Valley have begun plowing under their precious almond trees!

Failure after dismal failure has caused mass distrust in the expert class and a concomitant collapse of confidence in our institutions. This is a profound crisis. We need expertise. Those who know what they’re talking about and who can explain complicated issues to policymakers and the people are essential to the proper operation of sophisticated democratic societies.

But to do that job right, experts need to be apolitical. They need to provide as objective advice as they can when wearing their “expert” hats. Most of all, they need to put personal ideology aside in the performance of their duties and welcome heterodox opinions. It wasn’t ideology that created the triumph of the moon landing. It was dispassionate excellence in rocket science and engineering.

The problem is that too many of our current “experts”—in foreign policy, law enforcement, science, education, the medical intelligentsia, and the list goes on and on—have become highly politicized. Even now, some think they should be deciders rather than advisers. That attitude doesn’t make policy more expertly based, it makes the expertise more politically motivated, which is to say, it ceases being expert at all.

Creating a paradigm in which we can again safely rely on experts will require a great culling of the faux specialists now perched in powerful government and think tank sinecures. Frankly, mass resignations or firings may be the only efficacious remedy for what ails us. The time has come for that great sorting out to begin.