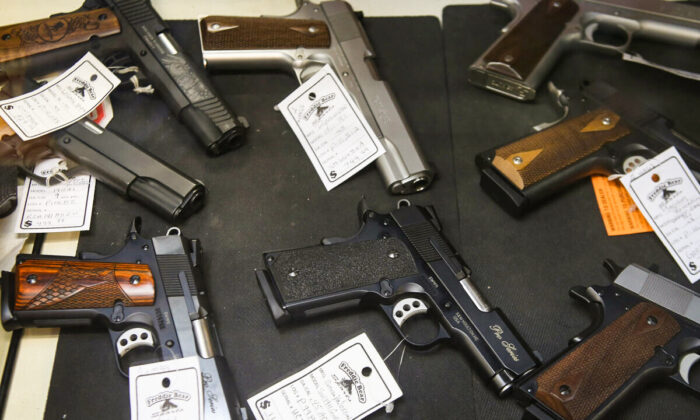 The Illinois Supreme Court ruled on Oct. 21 that two taxes on guns and ammunition in Cook County violate the state’s constitution because they affect law-abiding citizens’ Second Amendment right to acquire firearms for self-defense.

Supreme Court Justice Mary Jane Theis wrote in a 6–0 decision that the taxes violate the constitution’s uniformity clause, while also pointing out that the revenue from the generated tax isn’t directed toward funds or programs that reduce gun violence.

“Under the plain language of the ordinances, the revenue generated from the firearm tax is not directed to any fund or program specifically related to curbing the cost of gun violence,” she noted. “Additionally, nothing in the ordinance indicates that the proceeds generated from the ammunition tax must be specifically directed to initiatives aimed at reducing gun violence.”

The justice concluded that the case will be remanded to the circuit court “for entry of summary judgment in favor of plaintiffs.”

In 2012, the Cook County Board of Commissioners approved a $25 tax on the retail purchase of a firearm within the county. The county’s Firearm Tax Ordinance was enacted in April 2013.

The trade group and gun-rights organization, Guns Save Life, challenged both taxes in a lawsuit against the county, saying they violate the Second Amendment rights of law-abiding citizens.

A spokesman for Cook County President Toni Preckwinkle said on Thursday they are disappointed in the ruling and will work to determine the next steps.