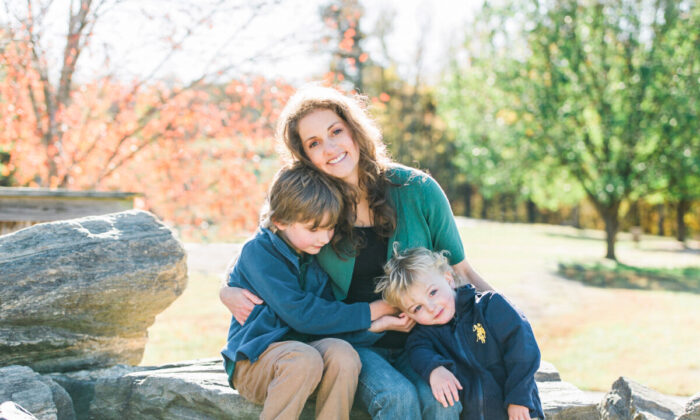 How I Reversed an Autoimmune Disease (Part 1)

Today I live a healthy, happy life. I run a business, homeschool my three children, and hike with my dogs on the weekends. You’d never know that six years ago I nearly died from an advanced stage of an autoimmune disease.

In 2015, while still in my 30s, I was diagnosed with rheumatoid arthritis. It was accompanied by muscle wasting, arsenic poisoning, leaky gut, and deficiencies in 15 nutrients. I took a vitamin and mineral supplement every day, yet the nutrient deficiencies were so severe, I was borderline for pellagra and beriberi. Both of those diseases can lead to death, and both were eradicated in the United States by the mid-1900s.

My illness didn’t happen overnight. It had been brewing my entire life, since I was in the womb. But the obvious symptoms began in my early 20s with gastrointestinal (GI) issues. Within 20 minutes of eating, I often looked like I was five months pregnant! There seemed to be no rhyme or reason. One day I could eat pizza from my favorite restaurant and feel fine. The next week, I ordered the same pizza from the same restaurant and I would become bloated and crippled over from the pain.

I initially sought help from a Western medical doctor who diagnosed me with irritable bowel syndrome (IBS) and prescribed Tagamet. I was only 20 years old and wasn’t willing to become dependent on a prescription drug, especially since I knew it wouldn’t address the root cause; it would only mask the symptoms.

Consequently, I got a second opinion, and a third, and a fourth. Eventually, I saw so many doctors and had so many tests conducted that I lost count. I had three colonoscopies, two sigmoidoscopies, breath tests, urine tests, fecal tests, blood tests, and even exploratory surgery. Nobody had any answers.

Meanwhile, my symptoms continued to increase in both number and severity, to include:

In total, I sought medical advice from Western doctors for 20 years. Nobody knew what was wrong. I knew it was related to diet, but the medical doctors didn’t believe me. In fact, the last specialist told me the symptoms were in my head. That’s when I knew that if I had any chance of healing, I had to find a different path.

Consequently, my husband and I became co-detectives.  After scouring the scientific literature, we theorized I had “leaky gut,” which was triggered by gluten and man-made chemicals such as GMOs, pesticides, and herbicides. Consequently, I switched to an all organic, “gluten-free” diet.

Additionally, in an attempt to heal the gastrointestinal damage caused by those chemicals, I tried many dietary protocols, including: gut and psychology syndrome (GAPS), paleo, and the candida diet. With each dietary protocol, I initially felt better but, shortly after, I felt worse. In fact, as I continued to grow sicker, my food sensitivities increased. Eventually, the list of foods I could eat dwindled down to a half a sheet of paper. Foods we think of as healthy, like apples and bananas, made me sick.

At this point in my healing journey, I was cooking everything from scratch, eating everything organic, and I never went out to eat. Regardless, a new symptom appeared: low-grade muscle pain. It migrated throughout my body with no obvious rhyme or reason and was accompanied by extreme fatigue. Shortly after, I reached a tipping point. In 2015, my entire family got the flu. They recovered within two days, but I ended up in the emergency room. I quickly spiraled downhill from there.

At my rock bottom, most of my time was spent lying on the floor in pain. I was too weak to walk up the stairs without getting winded and too tired to stand long enough to finish doing the dishes after lunch. Some days my body hurt so badly that I couldn’t wrap my hand around a cup to take a drink of water. Soon it became difficult to breathe; with every breath my ribs felt like they might break. When I chewed food, my teeth hurt as if they might fall out. Additionally, I had begun the process of muscle wasting, like a cancer patient can experience. I lost 15 pounds in one month even though I was eating almost constantly.

For the first time in almost 20 years, I was scared. My husband and I knew that if we didn’t do something drastic, I wouldn’t be alive to see my kids grow up and graduate from high school or get married. So, I surrendered to God, who showed me a different path.

Today, nearly six years later, I’m still disease free and have no pain. In fact, 11 months ago, at the age of 45, I gave birth to a healthy 9-pound baby girl! So, how did I go from lying on the floor in debilitating pain to having more energy than ever before in my life?

I took full responsibility for my health, which created empowerment. I realized that if I got myself sick with my choices, I could also heal myself with my choices.

Consequently, I began studying how to reverse disease. I started with our food supply. Instead of blindly trusting the food in our grocery stores, restaurants, and fast-food chains, I investigated what’s really in the food and how it got there. What I learned had such a profound impact on my health that I published a book about findings (Hands Off My Food) for the world to see.

I also listened to hundreds of hours of cutting-edge health summits that were pushing the boundaries of our understanding of disease. Eventually, I saw a pattern; the practitioners who were successful in helping their patients achieve “remission” were using many of the same basic steps.

I combined all of those steps in a more doable, practical manner to create my own disease-reversal protocol. Essentially, I created a Healing Road Map that consists of four destinations:

You must remove the physical triggers that are creating imbalances in your body. There are many possible physical triggers and everyone has their unique set. For instance, I removed the most common food triggers from my diet, including: grains, dairy, and sugar. I was also sensitive to chicken and bay leaf.

In addition, I addressed environmental triggers that were making me sick, such as man-made electromagnetic fields and toxic chemicals lurking in personal care products and cleaning supplies. I also rid my body of excess heavy metals.

You must replenish any micronutrient imbalances, as well as imbalances in your microbiome. Building a robust microbiome is essential for complete healing. I built my microbiome using many different strategies, such as not eating sterilized foods (most food in the grocery store is sterilized in some manner), and eating a daily helping of fermented foods, prebiotics, and spices.

I also replenished my mind and body in others, like taking deep breaths throughout the day and spending time in nature.

You must repair any damage that exists in the gastrointestinal tract and other tissues. Fortunately, repair occurs naturally when you create a healing environment. That means reducing stress, removing physical triggers, and correcting nutrient imbalances.

You must restore your physicality by incorporating movement into your daily routine that is appropriate for your current level of fitness. In addition, when chronically sick, it’s common to lose trust in your body. However, it’s critical to restore that relationship so you can begin listening to your body and working with it, as opposed to working against it.

I tested this disease-reversal protocol on myself, and it worked. With help from God, I was able to reverse the disease without the use of medications. In fact, my healing was rapid. I got off the floor in three days. Within three months, nearly all of the pain was gone. And, within one year, there was no pain and no sign of disease in my body. The autoimmune disease had disappeared and Western medical doctors declared me to be in “remission.”

But that’s not the end of the story. Next week I will share how I moved past “remission” and achieved complete healing.

Dr. Sina McCullough is the creator of GO WILD: How I Reverse Chronic & Autoimmune Disease, and author of “Hands Off My Food!: How Government and Industry Have Corrupted Our Food and Easy Ways to Fight Back” and “Beyond Labels: A Doctor and a Farmer Conquer Food Confusion One Bite at a Time.” She holds a doctorate in nutrition from the University of California–Davis. She is a master herbalist, Gluten Free Society certified practitioner, and homeschool mom of three.