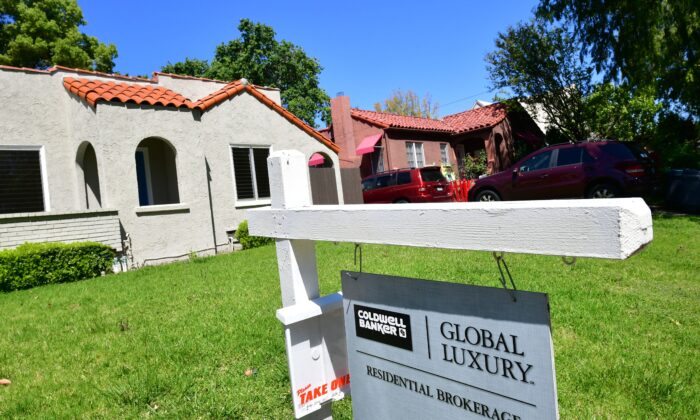 Housing: Boom, Bust, and When

The Fed must act to prevent a housing crash

On one side, low mortgage rates buoy both buying and pricing. The recent increase in inflation has reinforced this lift, as it has made low rates that much more attractive, and many see real estate as a hedge against inflation.

On the other side, rising house prices are taxing the limits of the average family’s income, a pressure that will become even more intense over time, especially if mortgage rates rise.

How this mix of influences will pan out and how soon will depend almost entirely on the interest rate policies of the Federal Reserve.

For the moment, the upside of these crosscurrents seems to be prevailing. Although surveys show that 40 percent of Americans think that this is a bad time to buy a house—a greater percentage than any time since the early 1980s—housing sales remain robust.

In September, new home sales rose by almost 14 percent compared to August. Although the figure is down about 18 percent from the pandemic-distorted levels of a year ago, sales today are at an impressive 18 percent above 2019’s average. Construction activity in September, though down from August’s spike, was still 8 percent above year-ago levels and almost 21 percent above 2019’s average. Home prices have risen by 32 percent since 2019, but low mortgage rates and a rise in household incomes have kept the burden of supporting a mortgage manageable for the time being.

Clearly, low mortgage rates are a critical part of this picture. In 2018, the average new mortgage carried a rate of nearly 5 percent. By bringing that rate down to 3 percent today, the Fed has singlehandedly induced the home-buying surge. Since most people know that rates won’t remain this low indefinitely, buyers feel a special sense of urgency. Even those who would have waited to buy have crowded into the market to secure a low mortgage rate. Although the pandemic has skewed where buying has occurred, the Fed’s policy is the most significant factor.

More recently, inflationary pressures have spurred buying still more. Consumer prices have risen at about a 6 percent annual rate so far in 2021. No one knows whether this rate of increase will persist, but people can see that inflation has vastly increased the appeal of low mortgage rates. Consider that a borrower paying 3 percent on his or her mortgage loan is making the payment with dollars that are worth roughly 6 percent less than they were a year ago, effectively gaining 3 percent in real terms. That’s quite a compelling inducement, especially for those who expect inflation to keep up at this rate or get worse.

If the Fed keeps interest rates lower than inflation, this buying push will continue, and home prices will rise accordingly. History has shown that the pattern can go on for quite a while.

If allowed to persist, however, the price of housing will rise so much that it will strain the financial abilities of families to sustain a mortgage, even at today’s low rates. Buyers will then step back, and, as history has made clear, the housing market will crash. That’s what happened in 2008, after a long run-up in home buying and rising home prices. It’s nothing the nation wants to relive, even in a moderated form. After all, that movement away from housing led to the 2008–2009 financial crisis and the Great Recession.

The Fed could forestall this ugly eventuality by gradually raising interest rates. Such a move would moderate the pace of buying by removing today’s feeling of urgency. A modest rise in rates might also convince some that inflation will abate, easing yet another source of buying pressure. Home prices would accordingly rise less steeply, the adjustment among buyers would develop more gradually, and the country would avoid a crash.

Achieving this should now become the aim of Fed policy. It’s far from easy to get the right balance. Policymakers would have to raise rates decisively enough to have an effect, but not so quickly or so far that carrying a mortgage would become immediately unaffordable; then, all the Fed policy would do is precipitate a crash sooner than would have otherwise occurred.

Although history provides little confidence that the Fed can manage this balance, such an effort is the only hope that housing can experience what might be called a “soft landing”—and by extension, that the economy can enjoy one as well.