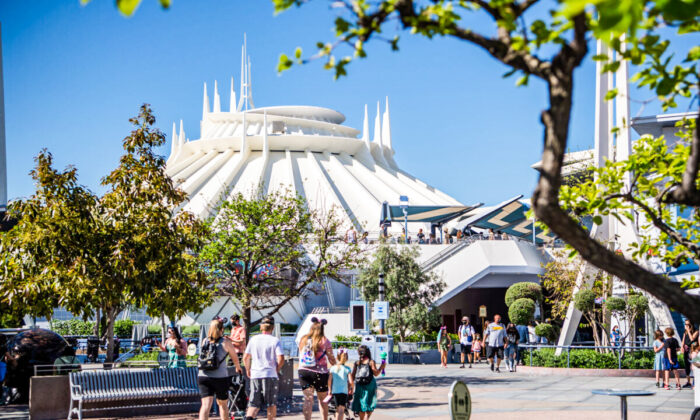 The park has now added a Tier 6 ticket, priced at $164 for the highest-demand days. The previous highest-priced ticket for the peak days was $154.

The so-called Tier 1 price, offered on traditional low-demand mid-week days, will remain at $104, which has not changed since 2019.

The park has been operating with a five-tier system of price options, with costs escalating based on demand.

The system was designed to help the Anaheim theme park juggle large crowds and—since reopening in April following a year-long shut down due to pandemic restrictions—high demand for reservations.

The price of the Park Hopper tickets, which allow guests to visit both parks on the same day, has increased as well.

Some Disneyland bloggers have complained about the price hikes, noting that a number of attractions have been closed due to the pandemic.

The “Dream Key,” the theme park’s most expensive admission at $1,399, which offers reservations to one or both theme parks every day of the year, has sold out. The “Believe, Enchant and Imagine” keys remain available.

Disneyland officials said the park is continuing to reopen more attractions that have been closed due to the pandemic, such as the Trams, which will return next year. The Disneyland Monorail went back into operation about a week before the ticket price increase.

With the holiday season beginning Nov. 12, the park will feature “A Christmas Fantasy Parade,” “Believe … in Holiday Magic” fireworks, Haunted Mansion Holiday, and other holiday-themed attractions.