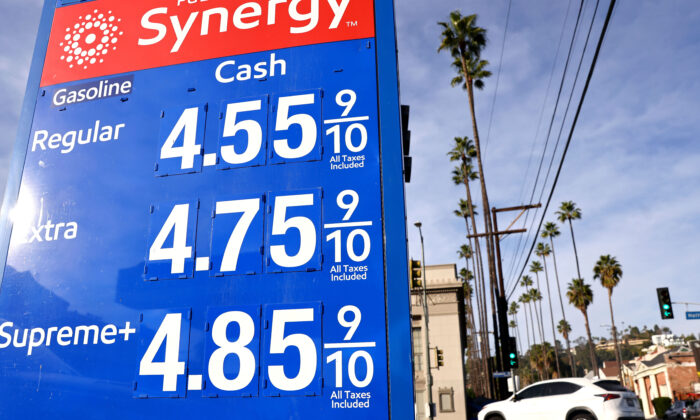 The price of a gallon of gas is going up. Store shelves are empty. Consumers are waiting longer for merchandise to be shipped that they ordered online. Americans across the country are experiencing what inflation is like.

The last time we went through a cycle like this was more than 40 years ago, when Jimmy Carter was president.

Then add in the issues with the supply chain. We’ve all seen the hundreds of containers of ships off the coast of California, waiting to come into port, full of goods meant for empty store shelves.

Inflation and supply chain issues are real, and the American people are feeling their effects. In fact, according to a recent Fox News poll, 87 percent of Americans are extremely or very concerned about inflation. And as we enter this holiday season, higher prices, longer waits, and fewer goods will only become that much more real of a concern for countless families.

“For the near-term changes that need to happen in private companies, we’ll be the honest brokers and partners, and we’ll provide carrots and sticks where we can,” a senior Biden administration official told reporters last month.

I’m always struck by the arrogance of big government socialists. They actually think they know enough to provide carrots and sticks. But they simply don’t—neither the principals in the Cabinet nor the bureaucrats who have no idea what goes into running a business.

This is a central problem of government: Its agents will inevitably make things worse by intervening in areas they don’t appreciate, with complexities they can’t possibly comprehend.

Indeed, entrepreneurs, customers, and the market must be allowed to work together to sort out problems and find solutions. And you get a much faster recovery at a much lower cost when government allows consumers and private businesses to function properly.

Case in point: The lightning fast recovery following the 1921 depression, during which government let the market recover on its own, versus the Great Depression of the 1930s, which dragged on in part because the government kept trying to fix things.

In other words, the market is the honest broker, not the government. Let the free market play out, and there will be short-term adjustment pains, but the crisis will pass quickly. Have the government intervene and micromanage, however, and the unintended consequences will be rampant. The pain will drag on unnecessarily long.

I discussed the inflation and supply chain issues confronting our country on a recent episode of my podcast, “Newt’s World.” My guest is Christine McDaniel, senior research fellow at the Mercatus Center at George Mason University and former deputy assistant secretary at the U.S. Treasury Department.

McDaniel breaks down what’s causing the current supply chain crisis—labor shortages and a misalignment of supply and demand—and the best way to tackle inflation. As she explains, government is always, no matter how well intentioned, like a bull in a China shop. The Biden administration will only make things worse for the American people by implementing big ideas to fix inflation and the supply chain.

Of course, that won’t stop the administration from doing it anyway. And the American people will suffer as a result.