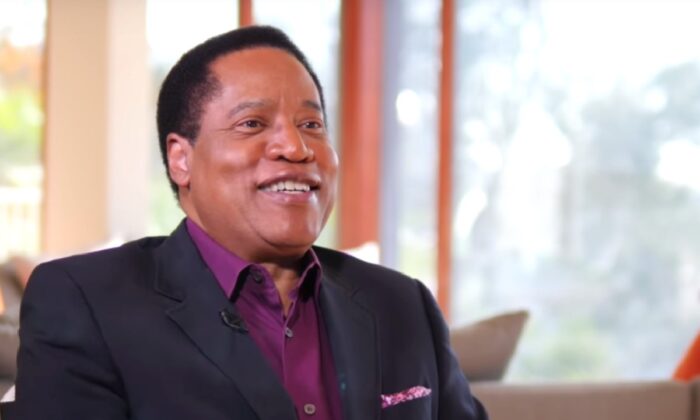 One of the (obviously many) raps on Iran is that Ayatollah Khamenei makes the final determination of who can or cannot run for president, making the Islamic Republic the furthest thing from a real democracy.

As of two days ago there were all of 41 candidates (potential governors) on the California Gavin Newsom recall ballot—not so fast, Larry Elder.

The longtime talk radio host, author, filmmaker, and Epoch Times video contributor, aka the Sage of South Central, who had thrown his estimable hat in the ring had been given the full mullah treatment (i.e., kept off the ballot) by the California Secretary of State, Ayatollah Shirley N. Weber. (Yes, I know, they cannot be female, but this is California.)

Elder is suing her to be reinstated with the results possibly appearing momentarily. A final candidate list is also supposed to be revealed today.

I am writing without knowledge of whether Larry will be on that list, but of the larger matter of why she (more likely they) chose to cancel him in the first place, because that’s what they did.

The excuse was some very last minute complaints over unspecified redactions in the five years of tax returns he had to file and did—a state requirement for gubernatorial candidates. The Sacramento Bee has a surprisingly even-handed account of the available details.

The real reason was not just that Elder (along with Caitlyn Jenner) is the only candidate with enough name recognition possibly to rival Newsom, nor even that Larry is vastly more articulate than any of his adversaries, it is because he, more than almost anybody, is capable of unmasking the lie of lies that dominates our society as no other, significantly via California in recent years, the real lie that dares not speak its name nowadays—“what the Democratic Party did to black people.”

The above are not scare quotes, but direct quotes, as you will see.

I have written about this before in a book, but it’s worth telling again. It is an event that haunts me.

Roll back to 2003, and I had only recently begun my blog that had become surprisingly successful as a home for those who were, as I was, making the migration from left to right.

I received an email from someone whose name I didn’t recognize, Michael Berman, saying that he was a reader of the blog and asking me to lunch. We would have much to talk about.

I was wary even then. When you do things in public and have a family, a certain amount of caution is necessary, but I looked the man up on Google (no DuckDuckGo then). It turned out he was the brother of Howard Berman, a name I very much knew.

Howard was a well-known congressman from the LA area, the San Fernando Valley and elsewhere, dubbed the “Congressman form Hollywood” for his connection to the film industry and, of course, also an unwavering liberal.

This was going to be interesting, so I accepted the invitation. Michael Berman was that rarity in California, a chain smoker, so we met at an outdoor restaurant on the Sunset Strip.

Michael, I learned, was a political pro and had run not only his brother’s successful campaigns but those of other Democratic Party heavyweights like Senators Tunney and Cranston. He also claimed to be the original inventor of targeted mailings by which residents of various neighborhoods would receive solicitation letters specific to their interests.

It was a bit more complicated, but I was more curious about him and just nodded.

“For me,” he continued, stunning me momentarily, “it was what the Democratic Party did to black people.”

So he was a fellow right-winger, though apparently closeted, very closeted, as it happened. I was getting multiple lessons in politics at once, one of which was that it was very much like the Mafia. You did what you had to do. It was family business.

But he had another point, I realized, as I looked over his shoulder. Behind him was the expanse of Los Angeles, South Central going on seemingly forever. Both of us knew, everybody knew, that it hadn’t changed a bit in all those years since the Watts Riots.

In fact, it had gotten worse as the once proud and successful black family continued to dissolve toward what it is so often today, a fatherless nightmare replete with violence that liberals and progressives refuse to face or often even acknowledge.

And all that time voting Democratic, just as LBJ had predicted. What a scam. (Lawrence Solomon does an excellent job detailing this sorry history here on The Epoch Times.)

No wonder Michael Berman was a chain smoker.

Which brings us back to Larry Elder—a man I am honored to count as a friend and one of, if not the, best person to confront this lie of lies, the Democrats have been anything but poison for blacks, and call it out for what it is. I would love to see him go mano-a-mano with Gavin Newsom in a debate, although that will never happen.

I only wish he had jumped into the gubernatorial fray earlier. But better late than never, as they say.