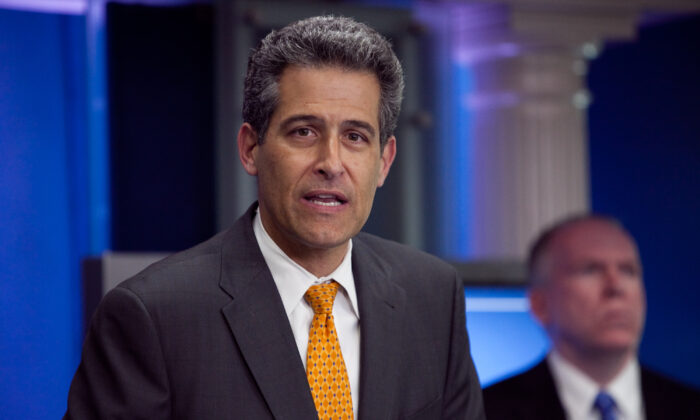 A former head of the Centers for Disease Control and Prevention (CDC) said on Aug. 15 that schools might close over a recent spike in COVID-19 cases, but that he doesn’t believe lockdowns will be reimposed.

“I don’t think so,” Richard Besser, an acting director of the CDC during the Obama administration, said on ABC’s “This Week,” when asked whether society would again “grind to a halt” due to harsh mandates.

“I think what we’re going to see is schools closing when cases spread through schools. We’re going to see more recommendations for use of masks. The reason it’s not going to be the same as it was early in the pandemic is that there is a vaccine, and we have done a very good job at vaccinating people who are at the greatest risk, so elderly people, people with underlying medical conditions, front-line health care workers.”

There should be a push to get more people vaccinated, “but it’s not going to be the same kind of situation that we saw a year ago,” said Besser, who is currently the president and CEO of the Robert Wood Johnson Foundation.

The number of COVID-19 cases and hospitalizations with COVID-19 has increased sharply in recent weeks. The seven-day average of cases jumped by more than 18 percent through Aug. 13 when compared to the week before, according to federal data. New hospital admissions increased by nearly 30 percent across the same timespan.

Officials in Florida, California, and other states have seen hospital admissions increase, leading to concerns that hospitals could be overwhelmed and prompting measures such as the delay of elective surgeries.

The number of deaths in the United States among those with COVID-19 has also started to rise. The seven-day average increased by 21 percent, hitting 492 as of Aug. 13, although it remains more than 59 percent lower than the peak seen on Aug. 2, 2020.

In response to the rising trends, some officials across the United States have reinstated mandates, primarily mask measures. So far, there haven’t been orders issued for non-essential businesses to close. Those orders, imposed by most governors in 2020, crushed the economy, leading to widespread unemployment.

The number of COVID-19 cases is expected to continue rising, Dr. Francis Collins, head of the National Institutes of Health, which includes the CDC, said on Aug. 15.

“This is going very steeply upward with no signs of having peeked out. So I will be surprised if we don’t cross 200,000 cases a day in the next couple of weeks. And that’s heartbreaking, considering we never thought we would be back in that space again. That was January, February. That shouldn’t be August. But here we are with Delta variant, which is so contagious, and this heartbreaking situation where 90 million people are still unvaccinated who are sitting ducks for this virus, and that’s the mess we’re in,” Collins said on “Fox News Sunday.”

Statistics show most hospitalizations are among those who aren’t vaccinated, but Collins and other top health officials have drawn criticism for downplaying or ignoring the growing body of evidence signaling that people who get COVID-19 and recover enjoy immunity at the same or even higher levels than those that receive a vaccine.

“There are 14 studies that show that natural immunity is effective. It’s durable. And it’s going strong. And, yet, there has been this inexplicable denial of it,” Dr. Marty Makary, a surgeon at Johns Hopkins Hospital, said during a recent appearance on Fox News.

“After a lot of public pressure now from our public health leaders to talk about natural immunity, they come up with this study that they essentially jerry-rigged in Kentucky showing that maybe it was 2.3 times higher among those with previous infection—that’s the natural immunity group—than those who are vaccinated,” Makary said of the study.

“Guess what? The rate of getting subsequent infection in those with natural immunity was 0.09 percent. And those who are vaccinated in that time period it was 0.03 percent. The conclusion is it’s extremely rare in both groups.”

Besser, though, came down on the other side of the argument.

“There’s more and more data coming in on that, that you will get longer-lasting, higher levels of protection if you also get vaccinated. You know, it’s not true for every infection. There are many infections where getting a natural infection provides you with life-long protection,” Besser said. “But here, what they’re seeing is that people who are vaccinated have a higher level, stronger level of protection. So, even if you had a COVID infection, you should get the vaccine.”

Still, Collins noted that data show vaccine effectiveness is waning as time goes on, a fact that some attribute to the newer CCP virus variants that have emerged.

The waning efficacy prompted drug regulators to authorize a booster shot for some immunocompromised people and the CDC to recommend the booster for those people.

“Just on Friday, CDC’s advisory group, and the CDC director accepted it, approved a third shot for people who are immunocompromised,” Collins said. “What about the rest of us? Again, we are looking at this data almost daily. Yet there is a concern that the vaccine may start to wane in its effectiveness over months. And Delta is a nasty one for us to try to deal with.

“The combination of those two means we may need boosters, maybe beginning first with health care providers, as well as people in nursing homes, and then gradually moving forward.”