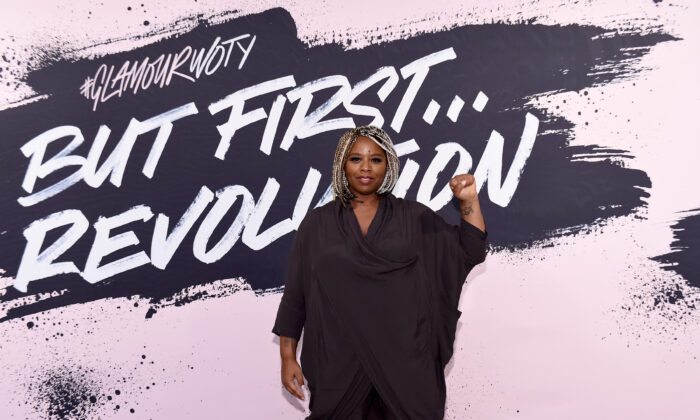 The article was published on April 10 and states that Cullors had purchased “four high-end homes for $3.2 million” in the United States since 2016.

She had also looked into purchasing a residence in the Bahamas at an ultra-exclusive resort where Justin Timberlake and Tiger Woods both have homes, according to the report.

The Post learned that apartments and townhouses at the beachfront Albany resort outside Nassau run from $5 million to $20 million.

Facebook users noticed on Thursday that they could not share the link to the Post’s article on Cullors’ multi-million-dollar property portfolio directly on their timeline or through the Messenger app.

Last month Cullers, who is a self-identified “trained Marxist,” acquired a $1.4 million home in a majority-white Los Angeles neighborhood through a corporate entity under her control, according to Dirt.com.

Twitter suspended sports writer Jason Whitlock for sharing the story, alongside the tweet, “Black Lives Matter founder buys $1.4 million home in Topanga, which has a black population of 1.4%. She’s with her people!”

Whitlock was locked out of his account and told he had violated Twitter’s rules against publishing private information. Twitter later reversed the decision, claiming it was made in error.

On Tuesday the Black Lives Matter Global Network Foundation, of which Cullers is the Executive Director, issued a statement saying that they had not paid for her house.

They said Cullors has been paid a total of $120,000 since the organization was founded in 2013, “for duties such as serving as spokesperson and engaging in political education work,” and has not received any compensation after 2019.

“To be abundantly clear, as a registered 501c3, BLMGNF cannot and did not commit any organizational resources toward the purchase of personal property by any employee or volunteer. Any insinuation or assertion to the contrary is categorically false,” the statement read.

“Patrisse’s work for Black people over the years has made her and others who align with the fight for Black liberation targets of racist violence.

“The narratives being spread about Patrisse have been generated by right-wing forces intent on reducing the support and influence of a movement that is larger than any one organization.

“This right-wing offensive not only puts Patrisse, her child and her loved ones in harm’s way, it also continues a tradition of terror by white supremacists against Black activists.”
This is not the first time Facebook and Twitter have blocked users from sharing a New York Post article.

In October 2020, both of the social networking sites limited the distribution of a New York Post story that alleged Hunter Biden introduced then Vice-President Joe Biden to a top executive at a Ukrainian energy firm Hunter Biden worked for.

Twitter said it blocked the article because it contained phone numbers and emails that violated Twitter’s private information policy. The company also said the story contained additional materials that violated its Hacked Materials Policy as they included information purportedly harvested from a laptop of uncertain origin.