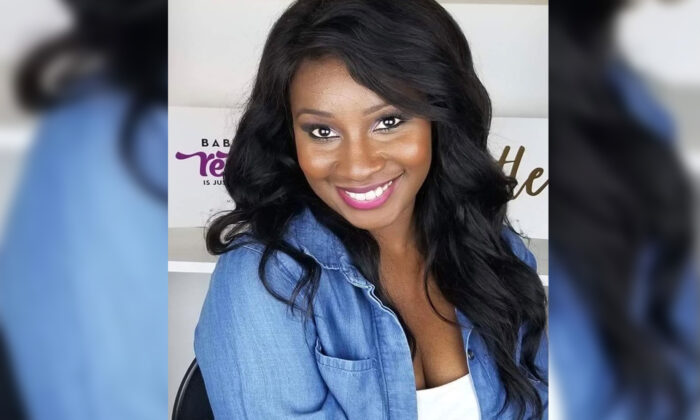 Education Union to Target Those Opposing CRT: Florida Mom Says ‘Bring It On’

Despite growing opposition to Critical Race Theory (CRT) being implemented in public schools, the National Education Association (NEA) not only adopted a resolution to prioritize their effort to implement CRT in “K-12 and higher education,” it vowed to use all resources at their disposal–including friendly media—to go after those who are “attacking educators doing anti-racist work.” In response, Quisha King—a Florida mother who gained notoriety when she blasted the Duval County school board in strong opposition of CRT—says “bring it on.”

“It is sad that we are even contemplating something like Critical Race Theory, where children will be separated by their skin color and deemed permanently oppressors or oppressed in 2021.” — Keisha King, mother of two, and member of @Moms4Liberty #StopCriticalRaceTheory pic.twitter.com/OFrfVJ13d7

“I think it’s mob rule,” King told The Epoch Times. “Truly these teachers’ unions have a lot of power and a lot of money and they have the resources to do something like that. But obviously, parents are tired of what’s going on. We’re trying to make a difference and we’re trying to draw attention to this thing. It’s bullying to me. It’s a bully tactic.”

“We are coming out of the worst year on record for modern education and you would think the NEA would focus on reading and writing and math instead of trying to divide us by our skin color,” Tina Descovich, co-founder of Moms For Liberty told The Epoch Times.

“Parents are not standing for this,” Descovich added. “You already see them standing up all around the country and they will continue to push back against this.”

“What does it say about the state of affairs when you have the largest union in the U.S., with three million members and $300 million in their budget, that they are afraid of moms and the voice of moms?”

The NEA isn’t the only teachers’ organization feeling the heat. According to numbers recently released by Ballotpedia, increased efforts to eradicate CRT in education have led to a growing national trend of recalling school board members in the first six months of 2021.

As of June 30, at least 51 local recall efforts targeting at least 130 elected members on K-12 school boards have been initiated. That’s more than twice the annual average.

King, who is a member of Moms For Liberty, said she isn’t opposed to the teaching of real history. Nor does she oppose having children learn about racism, as CRT advocates claim they are doing. It’s the growing determination of certain teachers, the NEA, and school board members to push CRT on an increasingly resistant public that has her concerned.

“You can teach about racial injustices,” King iterated. “You can teach about history and all of these things and not go anywhere near critical race theory. So, to me, it says that there’s an even more sinister plan because if it was just about teaching history I don’t think we’d see any parents up in arms. But because it’s not and they’re pushing so hard, I think their goal is to further divide the country.”

According to King, most of the feedback she has received since voicing her opposition to CRT before the Duval County school board has been supportive and favorable. However, she said some of the responses have been “absolutely vile.”

The more tame among her critics call her “a traitor to her race” and claim she is “the reason why black people can’t get ahead.” The worst of them call for her death and express hope that she will be raped “by white men in particular.”

“It’s been head-scratching,” King said. But she is not backing down.

“If I’m going to fight for anything and I’m going to put myself on the line it’s for Christ first and of course it’s for my family next,” King attested. “I’m not willing to stand by the wayside and let this type of poison be introduced to my children any further or to anyone else’s child. So, if that’s what they want, what they’re saying is they don’t care about our children. They would rather tear down the parents so we can’t even provide for our children or care for our children.”

Despite the growing number of parents and citizens flocking to school board meetings to voice opposition to the implementation of CRT in their schools, and despite the recent polls showing the vast majority of Americans strongly oppose CRT, advocates of the divisive curriculum claim resistance is really coming from elsewhere.

“The attacks on anti-racist teachers are increasing, coordinated and well-funded organizations such as the Heritage Foundation,” the NEA insisted in their recently adopted resolution. “We need to be better prepared to respond to these attacks so that our members can continue this important work.”

‘The Goal Is to Discredit Us’

“I don’t know where this well-funded group is on the right,” King balked. “This is a parent thing.”

“What they’re trying to do is paint all of us negatively,” King countered. “They’re trying to disparage us. The goal is to discredit us so people will not listen to what we’re saying. It’s an old media tactic, you discredit someone then you just go about saying negative things about them. It works. I don’t know of any parent that’s going to back down when it comes to our kids. These people have gone too far.”

“I don’t know anything about the involvement of other organizations,” Descovich said. “I just know about our organization. We are moms that are protecting their child and I believe that a mom that’s upset and worried and trying to protect their child is the most powerful force on earth and I think the NEA knows that.”

Asked what she thought of the NEA’s vow to target those like her who oppose their effort to push CRT in the school system, King did not hold back.

“We’re not afraid of their three million members or their $300 million budget,” Descovich said in response to the same question. “The voice of one mom protecting her child is stronger than all of them.”