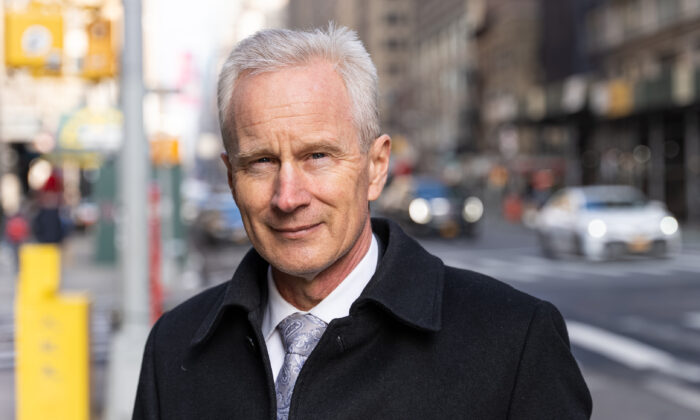 Dr. Peter McCullough: Healthy Children Do Not Need to Be Vaccinated Against COVID-19

Dr. Peter McCullough believes that healthy children should not be given the COVID-19 vaccine because the percentage of those children that die from the virus is minuscule, but the adverse effects of the vaccine in the same group are of great concern.

McCullough, a leading cardiologist and epidemiologist, told The Epoch Times that in 2021, 600 children died after infection from the COVID-19 virus (the previous year about 600 died from other respiratory viruses like respiratory syncytial virus or influenza), but were also known to have other severe illnesses like cystic fibrosis, lung disease, congenital heart-lung disease, or cancer.

He cited a study by Dr. Marty Makary from Johns Hopkins University who carried out an analysis. “They think, maybe they can find one child who actually died of COVID-19 who was previously healthy,” said McCullough.

“And so, for those reasons, good doctors would never, ever consider vaccination of a child,” McCullough said.

He believes it makes sense to vaccinate for “horrible” diseases like polio, or widely contagious ones like chickenpox or mumps and measles, but not for a virus like SARS-CoV2 that does little to no harm to children. “We would never vaccinate against the common cold,” he said. But he does recommend vaccinating children against COVID-19 who have other severe illnesses.

McCullough said we don’t have enough data on the long-term and adverse effects of the vaccines on healthy children, and the data that is available show more harm than good comes from giving the vaccines to young people.

“In this case, we would never expose children to a vaccine that didn’t have a long-standing safety profile. FDA standards for just an antigen-based vaccine has to be two years of safety profile. We need a lot of assurances that it doesn’t cause defects and growth, that it causes a potential long-term risk for autoimmune or cancer,” he said. Especially for gene transfer technology, the safety profile is five years, he said.

McCullough said the COVID-19 vaccine clinical trials that were done with children aged 12–17 did not provide data that supported vaccinating healthy children. Dr. Ron Kostoff published a study in PubMed that suggests vaccinating children is not worth the risk.

Kostoff’s study states: “The bulk of the official COVID-19-attributed deaths per capita occur in the elderly with high comorbidities, and the COVID-19 attributed deaths per capita are negligible in children.” The paper further states, “The risk of death from COVID-19 decreases drastically as age decreases, and the longer-term effects of the inoculations on lower age groups will increase their risk-benefit ratio, perhaps substantially.”

“So, in his mind as an editor of the NEJM and an influential member of the advisory panel, the test run for safety in American children is to absolutely vaccinate the children in an uncontrolled manner, with uncontrolled follow up and let the parents go into a frenzy on safety,” said McCullough.

Rubin was part of a panel of independent advisers to the U.S. Food and Drug Administration (FDA) who on Oct. 29 granted emergency use authorization for Pfizer’s jab for children aged 5–11 after its advisory panel, save one abstention, recommended doing so. The panel was in agreement with Pfizer’s own data that the vaccine is 90.7 percent safe for children.

Rubin told his colleagues that there is much more to learn about the vaccine as it relates to children.

“I agree with Dr. Cohn, we want to save the kids we can save and I do think that it will be useful to have a lot more information though, to determine how best to deploy the vaccine. So we ended up sort of in between, we decided to vote for it with a lot of heavy consciences, but I’m hoping that is the start of learning more about it.”

The Epoch Times reached out to Rubin for comment.

A study published on Dec. 2 in the NJEM echoed the advisory panel’s opinion about vaccines being safe for children. The study looked at one of the largest Israeli health care organizations and found “the estimated incidence of myocarditis was 2.13 cases per 100,000 persons; the highest incidence was among male patients between the ages of 16 and 29 years.” The study reports that most cases were mild.

McCullough however, has evaluated data that show myocarditis is of major concern when giving the vaccine to children. He rebuked the FDA advisory panel for saying that adverse effects from the vaccine in children are “mild” and “rare.”

McCullough has found evidence that the vaccines cause myocarditis in a significant number of its recipients, mostly males. He cited a study by Dr. Tracey Hoeg at the University of California, Davis which found that the rate of these events is higher than first thought. Myocarditis is inflammation of the heart muscle.

“And when the FDA and CDC met on two occasions in June, they actually use these terms, that it was mild and that it was rare. Now mild was an incorrect conclusion because we know hospitalization is a serious adverse event by regulatory law and standards.”

The FDA and CDC did not immediately respond to a request for comment.