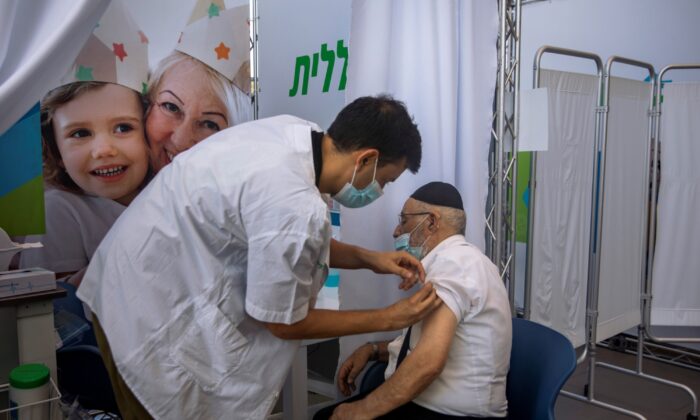 This week, the Ministry of Health announced the controversial move and declared that a person is considered fully vaccinated if they were “vaccinated with two vaccine doses, within 6 months from the date of the second vaccination”; if they received three vaccine doses; if they have recovered from COVID-19 within six months of “the issuing date of the certificate of recovery”; or individuals who have recovered from COVID-19 and received at least one vaccine dose.

“From today, the third dose is available to everyone,” said Israeli Health Ministry Director-General Nachman Ash on Sunday, Aug. 29, reported the Times of Israel.

The vaccine passport is required to access a number of different venues, including restaurants, theaters, and bars. France, Italy, as well as cities such as New York City and San Francisco, implemented similar mandates in recent weeks, triggering concerns that such systems would create inequality between those who are vaccinated and those who are not.

In Israel, the vaccine passport applies to anyone over the age of 3, and since young children cannot get COVID-19 vaccines, they have to prove their COVID-19 status by using an antigenic test.

“Why are we the first country to do this,” said 28-year-old Tovatel Magen, who has had two shots of the Pfizer vaccine, according to the Wall Street Journal. “They are doing experiments on us.”

Although Israel is one of the most vaccinated countries on Earth against COVID-19, cases are rising. Israel’s seven-day average for COVID-19 infections on Monday was over 1,000 per one million people, which is double the rate of numbers seen in the United States and the United Kingdom, according to Oxford University’s Our World in Data. According to the Wall Street Journal, Israeli Ministry of Health data suggests that the majority of severely ill patients received two doses of the vaccine, although it said that vaccinated people were less likely to become severely ill.

A preprint study released by Israeli scientists last week also showed that individuals who were previously infected with COVID-19 showed considerably higher resistance to the Delta variant than those who received two Pfizer vaccine doses.

As the United States and other countries push for booster shots, the World Health Organization has issued a sharp rebuke against the strategy and said that wealthier nations need to first help donate vaccines to poorer nations.