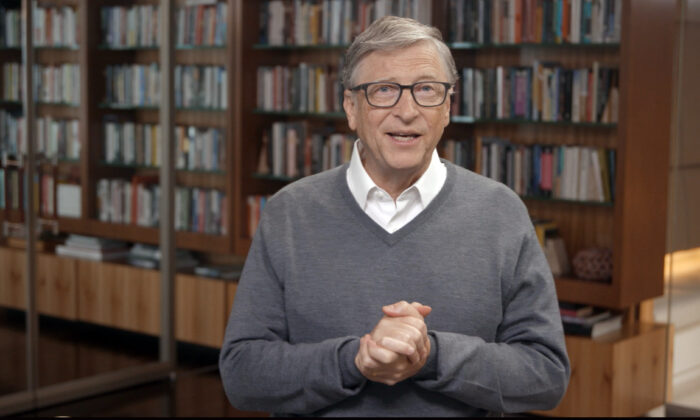 Bill Gates speaks during All In WA: A Concert For COVID-19 Relief in Washington on June 24, 2020. (Getty Images/Getty Images for All In WA)
International

A firm backed by billionaires Jeff Bezos, Bill Gates, and Michael Bloomberg will carry out mineral research explorations to search Greenland for materials that can be used in electric vehicles after exploration company KoBold signed an agreement with a top mining company, according to a news release.

KoBold, which uses artificial intelligence and machine learning to hunt for raw materials, will pay $15 million in exploration funding for the Disko-Nuussuaq project on Greenland’s west coast in exchange for a 51 percent stake in the project, said the mining company, BlueJay, in a statement.

BlueJay’s news release stated that studies have found the area in western Greenland has similarities to the geology of Russia’s Norilsk region, which is a major producer of nickel and palladium—which are heavily used in electronic components.

“This agreement is transformative for Bluejay,” Bluejay CEO Bo Steensgaard said. “We are delighted to have a partner at the pinnacle of technical innovation for new exploration methods, backed by some of the most successful investors in the world.”

Neither Bloomberg, Gates, or Bezos included a statement in the news release.

Kurt House, KoBold’s CEO, said (pdf) the Greenland region has seen “the rare convergence of events in Earth’s history that could have resulted in forming a world-class battery metal deposit.”

Disko-Nuussuaq covers a more than 1,000-square-mile area that is expected to be high in nickel, cobalt, platinum, and copper, according to BlueJay.

The announcement comes as top Democrat officials in recent months have said they are pushing automakers to manufacture more electric vehicles.

Last week, President Joe Biden said during a White House event that he wants to make half of all new vehicles sold in the United States electric. The 50 percent target executive order signed by Biden, however, is not legally binding.

“The biggest thing that’s happening here is there’s a realization, on the part of both labor and business now, that this is the future. We can’t sit by,” Biden told reporters on Aug. 5.

Biden has also called for $174 billion in government spending to boost electric vehicles, including $100 billion in consumer incentives. An infrastructure bill that passed in the Senate on Tuesday includes more than $7 billion for electric vehicle charging stations.