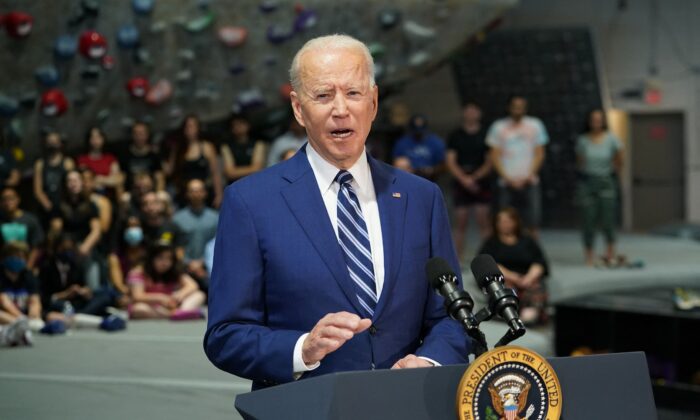 President Joe Biden’s $6 trillion budget proposal for 2022 notably excludes the Hyde Amendment, a law that has for decades blocked federal funding for abortions under Medicaid, unless the unwanted pregnancy endangers a mother’s life or was the result of incest or rape.

Before the Hyde Amendment took effect in 1980, an estimated 300,000 abortions were performed each year using federal taxpayer funds. Since the amendment is a “rider” to the annual appropriations bill and not a permanent law, it must be renewed by Congress each year, giving lawmakers the opportunity to modify its language or do away with it.

Republicans have unsuccessfully sought to make the ban permanent, while Democrats have tried to scrap the prohibition. Biden’s decision to exclude the amendment from his budget proposal sets up a possible fight in Congress, with Republicans likely to argue for its inclusion.

“It breaks with decades of settled precedent by calling for direct taxpayer-funded abortion,” House Minority Leader Kevin McCarthy (R-Calif.) said on May 28, commenting on Biden’s move.

Groups advocating for easier access to abortion have hailed the exclusion of the Hyde Amendment, while pro-life groups have condemned it.

“For more than four decades, the Hyde family of pro-life policies has kept American taxpayers out of the abortion business, with the Hyde Amendment itself saving nearly 2.5 million lives,” Marjorie Dannenfelser, president of pro-life group Susan B. Anthony List, said in a statement. “The Biden budget throws that longstanding, bipartisan consensus out the window to fulfill a campaign promise to the radical abortion lobby.

“The majority of Americans remain opposed to taxpayer-funded abortion. We urge our congressional allies to be fearless in fighting to preserve the common-ground Hyde principle and to reject any budget that omits vital pro-life protections.”

Alexis McGill Johnson, president and CEO of Planned Parenthood, a group that advocates for easier access to abortion, called Biden’s move a “historic step in the fight for reproductive freedom,” while urging a permanent repeal of the amendment.

“With 500+ abortion restrictions introduced at the state level this year and an abortion case directly challenging Roe at the Supreme Court, we need an admin that will boldly support reproductive freedom in every way possible,” Johnson said.

Biden supported the Hyde Amendment for most of his political career but changed his position in 2019 while campaigning for president.

While abortion is legal in the United States, regulations vary from state to state, with some using public money to cover abortion and others prohibiting the practice.

The U.S. Supreme Court has agreed to hear a case that could overturn Roe vs. Wade, the 1973 ruling that legalized abortion nationwide.