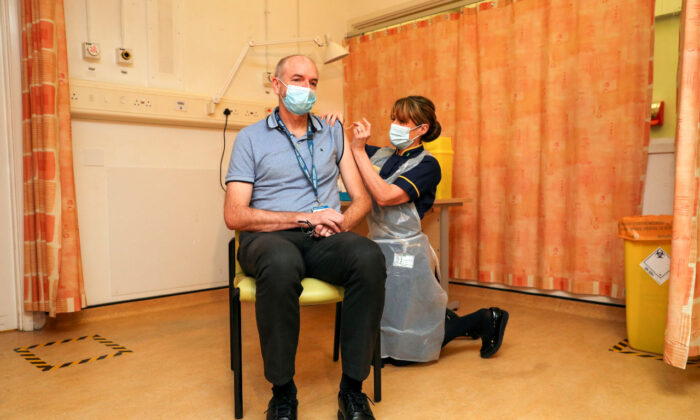 The director of the Oxford Vaccine Group said that because of the Delta COVID-19 variant, herd immunity is “not a possibility.”

“I think we are in a situation here with this current variant where herd immunity is not a possibility because it still infects vaccinated individuals,” professor Andrew Pollard, the director, told the UK’s All-Party Parliamentary Group on Tuesday, according to ITV.

Pollard said he believes the virus “will throw up next is a variant which is perhaps even better at transmitting in vaccinated populations,” adding that it is “even more of a reason not to be making a vaccine program around herd immunity.”

Claiming that there is nothing the UK can do to “stop the emergence of new variants,” Pollard said “they’re going to happen” sooner or later.

“And if anything we need to focus now not on what might stop new variants because I don’t think we have any facility to control that,” he said. “We need to focus on thinking about how do we prevent people dying or going to hospital.”

In an interview with the BBC, Pollard said COVID-19 likely will become an endemic or a seasonal illness, which the U.S. Centers for Disease Control and Prevention says is a disease that is ever-present in a population, such as influenza or chickenpox.

“I think it is a pretty distant prospect and we need to get used to the concept that this will become what we call an endemic disease rather than a pandemic disease,” he remarked. “A disease that is with us all the time—probably transmits seasonally a bit like influenza where we see winter outbreaks.”

The Oxford Vaccine Group, which Pollard directs, is a vaccine research group within the Department of Paediatrics at the University of Oxford. Oxford partnered with major pharmaceutical firm AstraZeneca to create one of the world’s most common COVID-19 vaccines.

While he said current vaccines may slow the spread of the Delta variant, which was first reported in India, people should simply expect to live with COVID-19.

“I think this next six months is a really important consolidation phase and in that shift from the epidemic to the endemic,” Pollard said, “which is the living with COVID.”

“That doesn’t mean that we live with it and put up with it,” he added, according to Sky News. “We still have to manage those cases of patients who become unwell with it.”

Also during the All-Party Parliamentary Group hearing, Pollard said there is no reason to panic while expressing doubts over the UK government’s proposed third booster shots of the vaccines.