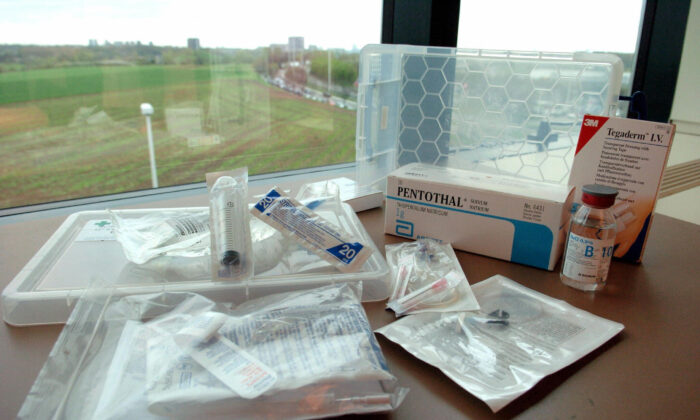 Coercion is becoming ubiquitous in medicine. It’s not just vaccine mandates. Doctors, nurses, and pharmacists who oppose morally contentious medical procedures are increasingly being forced to choose between remaining in their professions and violating their deepest-held religious beliefs.

Take the new “Voluntary Assisted Dying Bill of 2021” just passed in Queensland, Australia. The law authorizes doctors to kill terminally ill patients who ask to die. That’s bad enough. But it also requires conscientious objectors to become complicit in homicide by finding another doctor known to be willing to kill.

The euthanasia legalization law in Ontario, Canada, similarly requires doctors to kill or refer patients who are legally qualified for euthanasia—which includes people with disabilities and soon will encompass the mentally ill and dementia patients.

When Catholic and other conscientiously opposed doctors sued to be exempted because the referral requirement violated their Charter rights to “freedom of religion and conscience,” a court ruled that their morality must take a back seat to the patient’s right to access legal medical treatments. If doctors don’t like it, the judge sniffed, they can get out of medicine.

The right not to participate in abortion also is under attack. Dr. Mark Hobart, a Catholic physician in Melbourne, Australia, ran afoul of a law requiring doctors to either abort or refer, when he refused to procure an abortionist for a patient seeking a sex-selection abortion.

When the medical association found out about his act of conscience, Hobart was investigated and received a letter of formal caution—a black mark on his career and a warning to other doctors that they will be punished if they allow pro-life views to affect their professional lives.

Readers may think that these overseas restrictions have little to do with the United States. Don’t you believe it. “Medical conscience,” as the issue is known, is also on the boil here with medical journals and the popular media ubiquitously attacking the right of doctors to say no to procedures they morally oppose.

For example, Ezekiel Emanuel—perhaps the country’s most influential bioethicist—coauthored an advocacy article in the New England Journal of Medicine—the world’s most important medical journal—arguing that “to invoke conscientious objection is to reject the fundamental obligation of health care.” This specifically included abortion. So, according to Emanuel, if a doctor wants to deliver babies, she must also be willing to kill the unborn.

Medical conscience is moving to the center of our ongoing societal discord. After Ohio recently passed a law strengthening medical conscience rights, LGBT activists screamed that it opened the door for discrimination against patients simply for being gay. It did no such thing. But proving that ideology often trumps facts, California lawmakers were so incensed they enacted rules forbidding all state-funded travel to the state.

It’s not just theoretical advocacy in medical journals or California-style tantrum-throwing. The Equality Act—which has passed the House of Representatives—seeks to obliterate existing medical conscience rights around abortion by transforming conscientious refusals into acts of sex discrimination.

Specifically, the bill redefines the term “sex” to include “pregnancy, childbirth, or a related medical condition.” It then bans “pregnancy discrimination” and requires that pregnancy “shall not receive less favorable treatment than other physical conditions.” Moreover, it would gut the right to refuse participation in abortion based on religious belief.

Put all of this together, and refusing to perform an abortion becomes an act of discrimination based on sex, against which a religious objection claim would no longer be a defense.

Another Democratic agenda item—the Do No Harm Act—would gut the Religious Freedom Restoration Act (RFRA) by exempting the law from anti-discrimination statutes “if the exemption would impose the religious views, habits, or practices of one party upon another.” Thus, refusing to, say, block a transgender youth’s puberty would be interpreted not as an act of protected conscience but unlawful discrimination.

A recent court ruling illustrates the importance of the RFRA to medical conscience protections. Last August, a federal judge granted a permanent injunction protecting a religious doctor from being penalized by a Biden administration anti-conscience regulation, ruling that “the current … regulatory scheme threatens to burden Christian Plaintiffs’ religious exercise … by placing substantial pressure” on the doctor “to perform and provide insurance coverage for gender-transition procedures and abortions.” But for the RFRA, that doctor’s medical conscience goose would already be well-cooked.

Why resort to coercion when there are plenty of medical professionals willing to participate in controversial procedures?

I think there are three reasons: First, stifling medical conscience would be a triumph for the secular progressive ideology that predominates in bioethics and among the medical intelligentsia.

Second, compelling doctors’ participation in contentious procedures would silence the moral message communicated when a doctor or nurse says, “No, I won’t do this. It’s wrong.”

Third, obliterating medical conscience would allow political progressives to remove one of the few remaining cultural obstacles to their societal dominance.

There’s a practical predicament posed by this issue as well. If we force health care professionals to violate their moral beliefs as the cost of licensure, the country could see a mass exodus from the field—just as we are seeing people quit their jobs over vaccine mandates.

At the very least, older doctors and nurses will retire when they might otherwise have continued working, taking their experience and knowledge with them. Most alarmingly, exceptional young people who would make splendid doctors, nurses, or pharmacists may avoid the health care field altogether.

Comity is essential to societal cohesion in our moral polyglot age. Medical conscience allows patients to obtain morally contentious procedures that they want, while permitting dissenting medical professionals to stay true to their own moral and religious beliefs.

Compelling doctors to hew to secular cultural values in their practice of medicine is both authoritarian and un-American. If the anti-medical conscience campaign succeeds, we will all be the poorer for it.