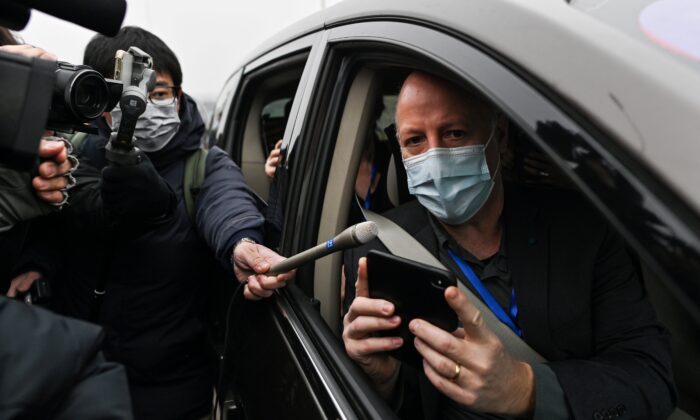 It can now be said publicly: The massive public campaign to convince and even compel the world to accept the idea that SARS-CoV2, the virus that causes COVID-19, arose naturally from a meat market in Wuhan was a hoax.

The gory details are contained in a bombshell investigative report in the magazine Vanity Fair. This alone is surprising. Vanity Fair is a culture and trends magazine, not noted for this type of serious inquiry. Yet Katherine Eban’s in-depth article is thoroughly researched, with multiple named sources, and written in the style of a detective story.

The first question to ask is: How did we get a scientific and media consensus that SARS-CoV2 originally came from the Wuhan meat market? The answer is a group letter signed by leading virologists that appeared in the reputable science publication The Lancet. This article dismissed theories that suggested SARS-CoV2 might have come from the Wuhan lab as “conspiracy theories” that had were flatly rejected by the scientific community.

Apparently convinced they had to “listen to the science,” the Lancet statement convinced media around the world to revile public figures, especially politicians such as Sen. Tom Cotton (R-Ark.), for even asking for an investigation into where COVID-19 came from. Cotton was almost universally dubbed a kook for even raising the possibility of “debunked” and “discredited” theories.

Digital media promptly imposed its strict regime of restriction, banning, shadowbanning, and deplatforming of users who were deemed to share such “misinformation.” Acting on the recommendation of its so-called fact checkers, Facebook took down millions, perhaps tens of millions, of posts supposedly conveying the false notion that SARS-CoV2 might have leaked out from a lab.

But what Vanity Fair exposes is the behind-the-scenes mechanism for how that Lancet statement was produced. According to the article, it was organized by a zoologist named Peter Daszak, himself involved in U.S. government-funded research aimed at the making of deadly viruses in labs. Daszak has worked in close collaboration with Ralph Baric of the University of North Carolina. Daszak’s group, EcoHealth Alliance, has worked directly with China’s Wuhan laboratories to research coronaviruses, and potentially make them more contagious and more lethal.

The ostensible purpose of such “gain-of-function” research is to study viruses, to understand them better, and to develop better cures for pandemics that might arise naturally. But of course, such research is very dangerous, because viruses could through accident or negligence be released and cause the very pandemics they are designed to prevent. Alternatively, such research can be exploited for military purposes, because lethal viruses also make for a powerful weapon of biological warfare.

When Daszak learned that a virus was causing global havoc, he moved quickly to line up a group of virologists to declare, without any persuasive evidence whatever, that COVID-19 had a natural origin. It might seem puzzling why prominent scientists would agree to sign a letter taking a position on something for which there is no valid scientific evidence. Why would they do this?

The one-word answer is: money. Figures like Daszak and institutions like EcoHealth Alliance that receive large amounts of government money typically package those funds into sub-grants that are dispersed among researchers and research institutions around the country. Consequently, there’s a large group of virologists who are, in a sense, in Daszak’s back pocket. They have a financial vested interest in doing what he wants, and moreover, they, like Daszak, have a stake in camouflaging the possibility that their type of work caused a global pandemic with millions of deaths and untold ruin in its wake.

Not only did Daszak organize the Lancet statement, but he did so, according to Vanity Fair, “with the intention of concealing his role and creating the impression of scientific immunity.” In an email addressed to Baric, Daszak said, “No need for you to sign the ‘Statement’ Ralph.” Daszak explained that neither he nor Baric should sign the declaration “so it has some distance from us and therefore doesn’t work in a counterproductive way.”

Daszak added, “We’ll then put it out in a way that doesn’t link it back to our collaboration so we maximize an independent voice.” Baric agreed, responding, “Otherwise it looks self-serving and we lose impact.” In the end, Baric didn’t sign. Daszak did. And at least six of the others who signed the statement either worked at, or had received funding from, EcoHealth Alliance, according to Vanity Fair.

What we have here is a group of scientists actively involved in cooking up potentially deadly viruses, and possibly involved in a dangerous collaboration with the Wuhan lab that may have helped cause the death of millions, working in concert to create a false public impression of scientific consensus, when they knew perfectly well that there was no such consensus.

Not only did the media and digital media run with it, but, in addition, the Biden administration used the pretext of scientific consensus—the bogus consensus the Lancet helped create—to shut down an ongoing State Department investigation, begun late in the Trump era and spearheaded by Mike Pompeo, into the true origins of COVID-19. This shutdown was actively promoted by U.S. government agencies and bureaucrats who had no intention of revealing their own role in sponsoring and subsidizing highly dangerous “gain-of-function” research.

The consequences of the COVID-19 deception, jointly promoted by scientists, journalists, digital moguls, and bureaucrats in the U.S. government, all eager to hide their possible role in a 21st century pandemic, are far-reaching. The big lie that COVID-19 arose naturally from a meat-market has stymied a true inquiry into what happened. Now we might never know. Not knowing means that preventing a future epidemic becomes that much more difficult.