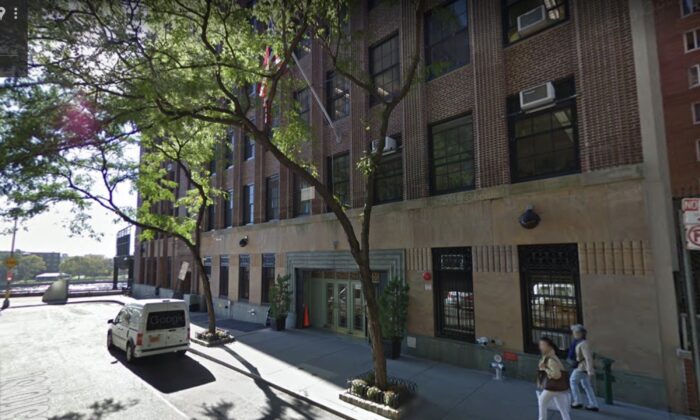 A Real (Consumer) Revolution Is Starting to Take Over Education

You can forget—or at least try to ignore for a few minutes—the riots going on in our cities, as repellent and often frightening as they may be.

A real and ultimately more significant revolution is brewing, in this case, a positive one, in education. And it’s manifesting from kindergarten to college.

People are fed up. They’re trying to change and often leaving the educational system altogether.

They’ve had enough of the “woke” taking over our schools.

Just one recent example of this is how a letter from an angry father who is pulling his daughter out of New York City’s upscale Brearley School has gone viral. This father, Andrew Guttman, accused the all-girls’ private school of “cowardly and appalling lack of leadership [for] appeasing an anti-intellectual, illiberal mob.”

The letter, something of a tour de force, hits many nails on present-day heads, among them:

“If the administration was genuinely serious about ‘diversity,’ it would not insist on the indoctrination of its students, and their families, to a single mindset, most reminiscent of the Chinese Cultural Revolution.”

The overnight popularity of this letter (read the whole thing, as they say) across the internet is a measure of how this man is speaking not just of Brearley but of what is now the majority of educational institutions, public and private, in this nation.

Families are voting with their children’s feet, you might say, taking them out of these doctrinaire institutions, an increasing number to be homeschooled. Percentages are way up—aided by the pandemic, which encouraged homeschooling when traditional schools were shut.

Also contributing during the pandemic was the ability for parents to see what their children were being taught via Zoom. They didn’t like it.

So what is evolving is a consumer revolution in the most crucial field to our country’s future—education.

This includes charter schools—opposed by the teachers’ unions and many Democrats—where people who can’t afford the Brearleys of the world can send their children—not that they should want to send them to the Brearleys at this point.

Schools supposedly exist for the students and their families, to prepare the students to be educated citizens of a democratic republic and to contribute to society as members of the working world. They don’t exist for the teachers, administrators, or ideologically interested politicians.

The former, anyway, are the people whose services are being purchased, either by taxes or tuition, by the consumers (the students and their families), no matter what our teachers’ unions seem to be saying through their militant and often stubborn actions.

Teachers are supposed to provide a service that will be of use to their students, to teach them how to think for themselves, not to indoctrinate them.

This consumer approach is beginning to percolate, consciously and unconsciously, through the educational system. It goes from the lower grades, where homeschooling (some with new forms that make it more enriching than most conventional schools) takes precedence, all the way up to college and graduate school where new methods of evaluating their usefulness are being scrutinized.

Should everyone go to college? Is it worth it? And if so, where?

The vaunted Ivy League these days has turned into the very fount of woke, with Princeton admitting a mere 30 percent white students to its new freshman class. That’s roughly half the percentage of whites who live in our country, if you count Hispanics as white, and considerably less if you don’t.

Meanwhile, beyond the Ivies and similar institutions, college is becoming less desirable with fewer people applying across the country.

Many colleges are suffering economically and are on the edge of shutting their doors. Some are even looking for (gasp!) conservative students. This offers many opportunities for the students and their families to take more control of their education—as consumers—and to effectuate change.

If the consumer wants a more balanced education, whether they know it or not, he or she has the leverage to demand it. As colleges struggle for students, this will become clearer. Change will have to occur for the colleges to stay in business.

This kind of change is possible at private prep schools as well, and even at some public schools.

We all need to take this consumer power over education for the sake of our country—and almost all of us can. Almost everyone has a friend or relative going to school.

Seize the day. The movement to change education is one in which every citizen can participate. If you’re looking to do something to make up for a troubling election, it’s a good place to start. You’ll be subversive in the best way.

Roger L. Simon is an award-winning novelist, Oscar-nominated screenwriter, co-founder of PJMedia, and now editor-at-large of The Epoch Times. He was recently interviewed by Dr. Carol Swain—here.