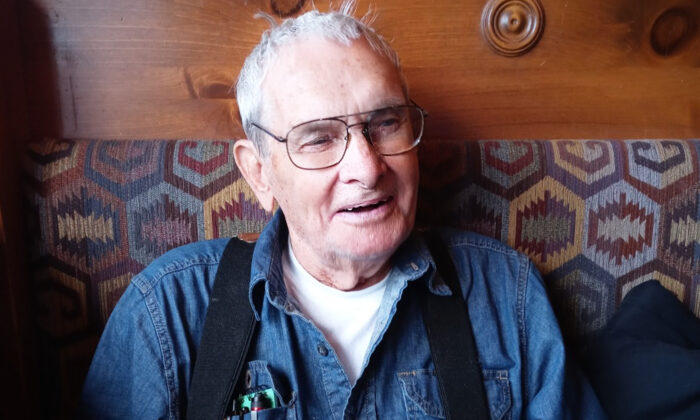 A WWII veteran who has lived homeless for over 25 years recently found a place to call home, thanks to an amazing couple in North Carolina.

After serving in the U.S. Army Air Corps from 1943 to 1946 and then returning home, Gerald Lewis eventually found himself homeless. With only a van and his social security payments to live on, money was too little to cover his daily expenses.

For over two years, the elderly Morehead veteran was living in a Walmart parking lot.

“In the vehicle was tough during the heat of the day, it is too hot,” Lewis told ABC. “I used to park where the sun wasn’t coming in the windshield and making it too hot.

“But at night after midnight, it really gets cold. I’d have to start the car and get it up and running but you can’t run the whole tank.”

Unfortunately, Lewis was unable to keep his van, and in December 2020, he sold it.

On Christmas Eve, a couple, Angie and Brian Russell, found Lewis on the street and, after getting him some basics from Walmart, invited him to their place, ABC reported.

“Watching this proud man tear up over getting something as everyday as pajamas was heartbreaking,” Brian recounted on a crowdfunding page.

So, the Russell family began to raise funds online to find a permanent home for the vet, who said that though he has relatives in the area, they were unable to help him out.

“Please help us provide for the most deserving of us,” Brian wrote. “A veteran, who protected our freedoms, who wants nothing more than a warm, safe place to live out his days.”

Through their efforts, they raised over $46,000. Brian recently announced that they’ve now found permanent accommodations for Lewis.

“Thank you all for your support and help in making this a reality,” Brian wrote.