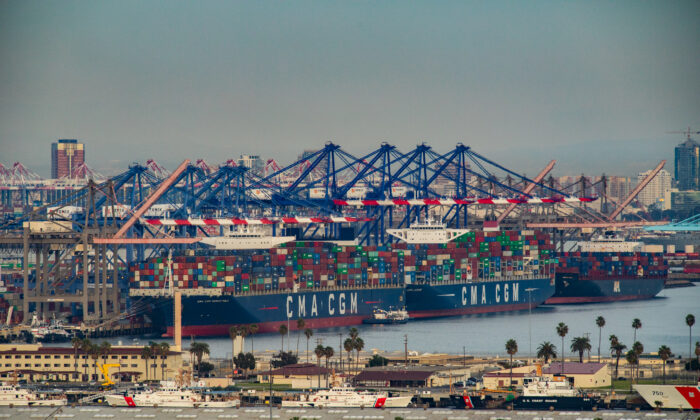 Several industry groups have warned world leaders of a worldwide supply-chain “system collapse” due to pandemic restrictions, coming as Federal Reserve Chairman Jerome Powell suggested that the current period of higher inflation will last until 2022.

The International Chamber of Shipping, a coalition of truck drivers, seafarers, and airline workers, has warned in a letter to heads of state attending the United Nations General Assembly that governments need to restore freedom of movement to transportation workers amid persistent COVID-19 restrictions and quarantines.

“All transport sectors are also seeing a shortage of workers, and expect more to leave as a result of the poor treatment millions have faced during the pandemic, putting the supply chain under greater threat,” the letter said. “We also ask that WHO and the ILO raise this at the U.N. General Assembly and call on heads of government to take meaningful and swift action to resolve this crisis now,” they wrote.

Gene Seroka, executive director of the Port of Los Angeles, attempted to shed some light on the problem during a recent ABC News interview, noting that there’s a significant backup of container ships off the coast of major ports of entry.

“We’re witnessing a pandemic-induced buying surge by the American consumer, the likes of which we’ve never seen,” he told the network on Sept. 29.

In remarks on Sept. 29, Powell said that the current spike in inflation is a “consequence of supply constraints meeting very strong demand,” saying it’s “associated with the reopening of the economy, which is a process that will have a beginning, middle and an end.”

“It’s very difficult to say how big the effects will be in the meantime or how long they last,” Powell said during a forum hosted by the European Central Bank. The current price surge, he said, is due to bottlenecks in the supply chain, although he believes prices will eventually come down on their own. The surge will continue into 2022 before dropping, Powell said.

The Federal Reserve doesn’t anticipate the current trend to “lead to a new inflation regime, in which inflation remains high year after year,” Powell said.

“Managing through that process over the next couple of years is … going to be very challenging because we have this hypothesis that inflation is going to be transitory. We think that’s right,” Powell said. “But we are concerned about underlying inflation expectations remaining stable, as they have so far.”