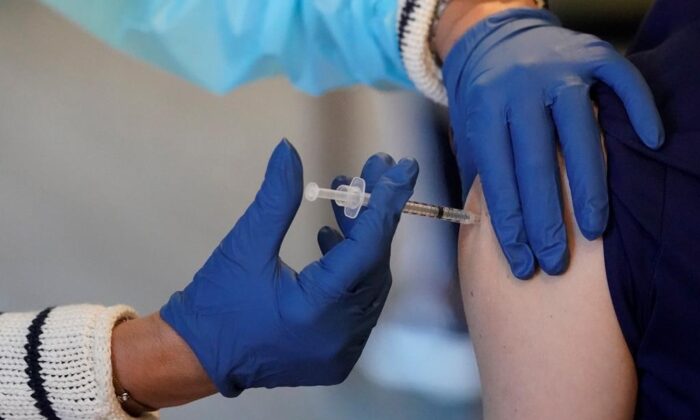 Vaccine Passports May Not Be Effective in Reducing Spread of COVID-19: Experts

Experts say that relying solely on vaccine passports to allow people to engage in certain activities again is not an effective mitigation tool to reduce the spread of COVID-19, and may distract from other necessary interventions or from the message of vaccination itself.

“I think pinning all our hopes on and putting all our efforts into vaccine passports as the main solution to opening up travel might be the wrong strategy,” Dr. Sarah Chan, an expert in bioethics at the Usher Institute, University of Edinburgh, told NTD’s “The Nation Speaks” in a recent interview. “And if we put too much emphasis on passports as the sole strategy, I think we risk creating a false sense of security that might lead people actually to increase their personal risk behaviors,” she said.

Chan said that vaccine passports may divert resources and attention from other important “structural and social interventions to address the wider effects of the pandemic such as education, mental health, and so forth.”

The CCP (Chinese Communist Party) virus pandemic and the resulting economic downturn have negatively affected people’s mental health. The Kaiser Family Foundation, a nonprofit organization, says about four in 10 American adults have reported symptoms of depression or anxiety, “up from one in 10 adults who reported these symptoms from January to June 2019.”

Chan also worries that vaccine passports may make inequality worse for those who are unable to get the vaccine due to preexisting health conditions and those in poorer communities and countries.

“I think it’s an unnecessarily divisive approach and I think it’s going to create more unfairness and inequality in an already unequal society,” Chan said.

People in some low income countries already have less access to vaccination because they are still waiting for the vaccines. The vaccine passport would “make it worse by imposing even further restrictions on their freedom of movement,” Chan said.

“People who are vaccinated, who congregate together, they will represent a much lower risk pool,” Commissiong told NTD.

“By having people who have been vaccinated be the ones to carry it together, you just reduce the risk of spread. And because the risk is lower, therefore you likely are able to do riskier things as a result of that,” he added.

Critics of the vaccine passport have raised concerns that they may create a system giving too much power to the government that eventually leads to people’s freedoms being taken away, similar to China’s social credit system, which is an extreme surveillance system that tracks every Chinese citizen’s economic and social behavior. Each citizen is given a score that either punishes or rewards them.

Naomi Wolf, a former Clinton adviser, said in a series of tweets on March 28 that mandating vaccine passports “is the absolute end of the line for human liberty in the West.”

“Once you agree to this platform any functionality can be loaded into it turning off and on access to society, goods, information, [and] movement, based on your behavior,” Wolf tweeted.

“As I’ve been screaming for a year, it’s not about [the] virus or even vaccine; it’s the data. The vaccine is an excuse, a Trojan horse, to get you to agree to a platform that is ALREADY 360-degree surveillance, geolocation, turns society off and on,” she added.

Ex-Pfizer Vice President and chief scientist Dr. Micheal Yeadon told America’s Frontline Doctors that the push to vaccinate as many people as possible, including “minor children and eventually babies,” is “an evil act.”

“I have absolutely no doubt that we are in the presence of evil (not a determination I’ve ever made before in a 40-year research career) and dangerous products,” Yeadon said.

He claimed it is “unethical” to give a new vaccine that has only been on trial for several months to healthy people “younger than 60 years” since the long-term effects are still unknown.

The Food and Drug Administration has authorized vaccines by Moderna and Johnson & Johnson for adults 18 and older, and Pfizer’s for ages 16 and older.

The risk of mortality from COVID-19 is “highest among the oldest [population],” according to the Journal of American Medical Association Network.

The authors found that “people between the ages of 75 and 84 years and those 85 years or older have 200 times and 630 times greater average death rates, respectively. Nursing home and long-term care facility residents and staff are at high risk, representing only 5 percent of the population but 38 percent of deaths, with people in about 28,000 long-term care facilities accounting for more than 106,000 deaths. In 14 states, at least half of deaths have been linked to nursing homes; in six states, the percentage is more than 60 percent; in three, 70 percent or more.”

The “relative risk of COVID-19 death is lower still” for children and youths. As of Dec. 3, 2020, “154 children of more than 1.4 million diagnosed with COVID-19 have died,” according to a joint report (pdf) from the Children’s Hospital Association and the American Academy of Pediatrics. Fifteen of the 43 states and New York City reported “zero child deaths.”

State Response to the Vaccine Passport

Several states are putting out legislation to forbid any vaccine verification, while others are embracing the passports.

New York became the first state to launch its vaccine passport, called the “Excelsior Pass,” on March 26, requiring proof of vaccination or a negative test in order for people to attend weddings, sporting events, or enter small businesses.

Gov. Andrew Cuomo, a Democrat, praised New Yorkers for being able to “follow public health guidance to beat back COVID,” adding that the vaccine passport is another tool to allow the economy to “reopen safely.”

Florida Gov. Ron DeSantis, a Republican, promised on March 29 that he would issue an executive order banning proof of vaccination to “be able to participate in normal society.”

Minnesota State Sen. Michelle Benson, a Republican, introduced a bill on March 24 that would prohibit vaccine passports in the state.

“Vaccines should be a personal choice with consultation from your doctor,” Benson wrote on her Facebook page. “Minnesotans shouldn’t be forced to provide documentation of their health status or immunization status.”

Ohio Gov. Mike DeWine, a Republican, has also said that he will not introduce a vaccine passport or mandate Ohioans to have the COVID-19 vaccine.

Ohio state Rep. Al Cutrona, a Republican, announced that he will soon introduce a bill to ban vaccine passports. He encouraged people to get a vaccine but said “a vaccine should not be mandated or required” for people to “integrate back to a sense of normalcy.”

“We’ve had restrictions on our freedoms for over a year and more restrictions or mandates are not the answer to every issue related to COVID-19,” he added.

President Joe Biden’s administration said it is providing guidance to organizations on the development of vaccine passports to ensure they meet key standards.