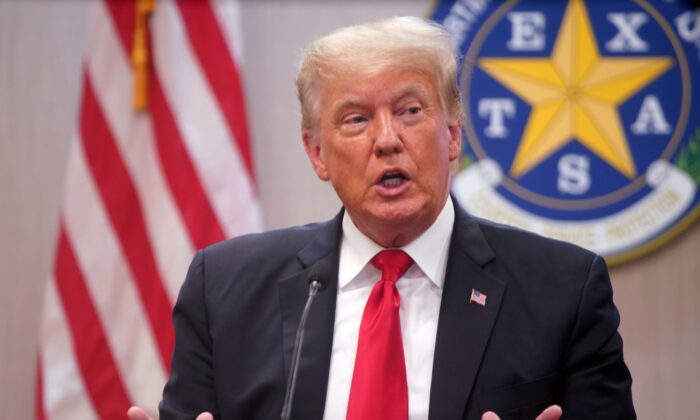 The Trump Organization has reacted to reports that its chief financial officer, Allen Weisselberg, has surrendered to a Manhattan prosecutor and may face a grand jury indictment.

In a statement on July 1, the company described the criminal probe against Weisselberg and the company as a political witch hunt.

“Allen Weisselberg is a loving and devoted husband, father and grandfather who has worked at the Trump Organization for 48 years. He is now being used by the Manhattan district attorney as a pawn in a scorched earth attempt to harm the former President,” a Trump Organization spokesperson said in a statement. “The district attorney is bringing a criminal prosecution involving employee benefits that neither the IRS nor any other District Attorney would ever think of bringing.

“This is not justice; this is politics.”

Weisselberg’s attorneys confirmed to news outlets that he surrendered on July 1.

The charges come in the midst of a nearly three-year investigation by Democrat Manhattan District Attorney Cy Vance’s office into the Trump Organization, a real estate firm owned by former President Donald Trump and operated by his family members. The former commander-in-chief has described Vance’s probe as a partisan affair designed to politically wound him.

A lawyer for Trump earlier this week told Politico that Vance’s office informed him that Trump won’t face charges in the case.

“We asked, ‘Is there anything else?’” Trump lawyer Ronald Fischetti told the political news website on June 28, referring to the conversation he had with Vance’s office. “They said, ‘No.’

“It’s crazy that that’s all they had. They just said, ‘When this indictment comes down, [Trump] won’t be charged. Our investigation is ongoing.’”

Last week, Fischetti said that a company shouldn’t be indicted for allegedly not paying taxes on benefits.

“We have informed the Trump Organization that our investigation into the organization is no longer purely civil in nature,” James spokesman Fabien Levy said in a statement last month.

Weissberg was given immunity by federal prosecutors in 2018 regarding a case involving former Trump attorney Michael Cohen. Cohen was ultimately convicted and sentenced on tax evasion and other charges—before becoming a critic of the former president on Twitter and in mainstream media appearances.