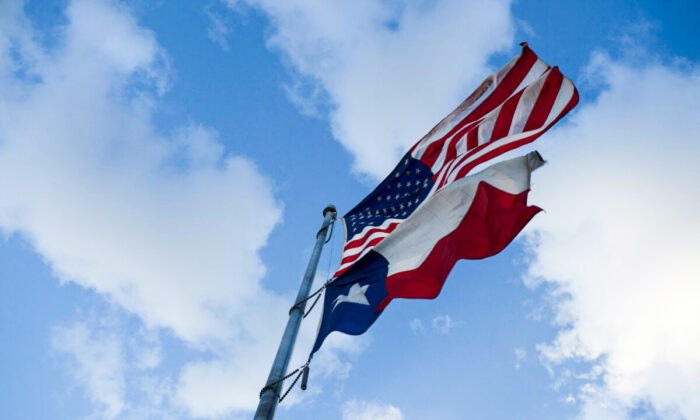 Texans hit the polls earlier in the week to pass all eight proposed amendments to the state constitution, including one that curtails the ability of government to restrict religious services, including during emergencies such as pandemics, according to state authorities.

The Texas secretary of state has announced unofficial results of the vote, which took place on Nov. 2 and was required in order to adopt the amendments, which were earlier approved during the legislative session. Two of the propositions were created explicitly in response to COVID-19 restrictions.

Proposition 3, which won the backing of 62.4 percent of voters, amends Article 1 of the Texas Constitution by adding a new section preventing the state, or any political subdivision of the state, from enacting any laws that prohibit or limit religious services, including ones conducted in churches, congregations, and other places of worship.

Some backers of Proposition 3 argued that places of worship provide essential services and, as such, should be exempt from pandemic-related closures, such as grocery stores.

“When the restrictions were put on the church, it crossed the line from what we could do, which was buy groceries, and what we couldn’t do, which was worship as we want to worship,” state Sen. Donna Campbell, a Republican, said in April, according to the Texas Tribune.

“Churches provide essential spiritual, mental, and physical support in a time of crisis. Closing churches not only eliminated these critical ministries and services, but it violated their religious freedom, guaranteed by our laws and Constitution,” said state Rep. Scott Sanford, a Republican, the Texas Tribune reported.

Opponents argued that the measure would hamper the ability of authorities to mount an effective response to emergencies, like outbreaks of infectious disease.

Amanda Tyler, executive director of the Baptist Joint Committee, told Sight Magazine in October that Proposition 3 sends “a damaging message that religious people are more concerned about special treatment than they are about the good of their communities.”

“I would hope that the voters of Texas would understand the strong protections for free exercise that they already enjoy and understand that this extra provision in the Constitution is unnecessary, overbroad, and could actually jeopardize the health and safety of their communities,” she said.

Texas state Rep. John Turner, a Democrat, told The Texan in May that, while he’s “a very strong supporter of religious liberty,” he objected to the language of the amendment as excessive. “For instance, that would mean there could never be any restrictions on capacity.”

Proposition 6, also established in response to pandemic restrictions, allows residents of nursing homes and other long-term care facilities to designate an “essential caregiver” who could generally not be barred from in-person visits. The measure passed, with 88 percent support.

Kevin Warren, president and chief executive officer of the Texas Health Care Association, told KXAN that the association “supports the measure as it recognizes the importance of in-person relationships while maintaining a facility’s ability to take the necessary steps to protect during a potential community health risk.”

“We appreciate the support for the long-term care profession and the heroes that take care of our most vulnerable Texans every day,” he said.

State Sen. Lois Kolkhorst, a Republican, wrote in a May letter (pdf) that “visiting a loved one in a nursing home should be a right, not a privilege.”

“If another health emergency occurs, our state’s caregivers will always have a way to safely go inside a facility for scheduled visits and ensure that their loved one’s physical, social, and emotional needs are being met,” Kolkhorst said.