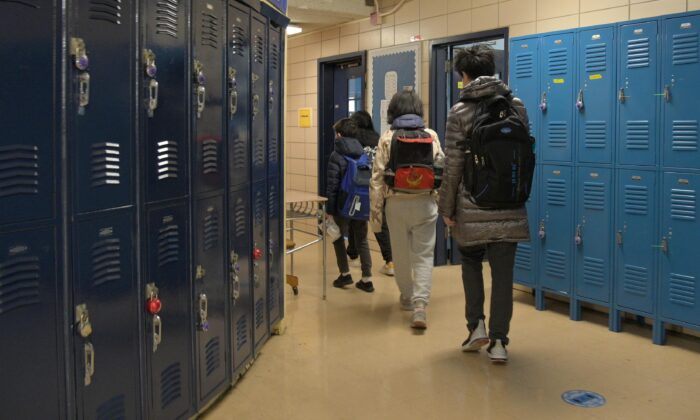 The Tennessee Legislature approved a measure that bans the Marxist-inspired critical race theory from being taught in the state’s public and charter schools.

The legislation prohibits teaching students that any race or sex is superior to any other or that an individual is “inherently privileged, racist, sexist, or oppressive” due to their race or sex. It also forbids teachers from instructing students that the United States is inherently sexist or racist, and it also bans teaching that the U.S. government should be violently overthrown.

Generally, critical race theory redefines U.S. history by claiming that the nation was built through the struggle between “oppressors,” typically white people, and the “oppressed,” or various minorities—similarly to Marxism’s reduction of human history to a struggle between the “bourgeoisie” and the “proletariat.”

State Rep. John Ragan said that proponents of critical race theory are engaging in the “pursuit of political” power by advancing their agenda.

“We have much work left for our children to be able to realize the full promise of our nation. To fulfill that promise, our children must be educated, that they stand as individuals, equal before our laws as they will one day stand before the Creator,” Ragan, a Republican, said on the floor of the Assembly on May 4. “They must learn their identity is defined by the content of their character, not the color of the skin, their sex, ethnicity, or membership in some social class.”

State Sen. Brian Kelsey, a Republican, noted that the theory posits that the “rule of law does not exist,” only political power.

Republican Gov. Bill Lee is expected to sign the measure into law. He hasn’t vetoed a bill since he took office.

Democrats voiced opposition to the bill, claiming that it would promote revisionist history.

“I do not cast blame, but I think we do have to admit that slavery did occur,” state Sen. Brenda Gilmore, a Democrat, told her colleagues. “It was a dark period in our history. We have to acknowledge the wrongs of our society, even when it’s a difficult conversation to have.”

However, the bill doesn’t mention slavery and allows for the teaching of the “historical oppression of a particular group of people based on race, ethnicity, class, nationality, religion, or geographic region.”

Other states are considering or have passed similar measures that prevent the instruction of critical race theory in the classroom, such as the Oklahoma Legislature, which voted to pass a similar bill last week.