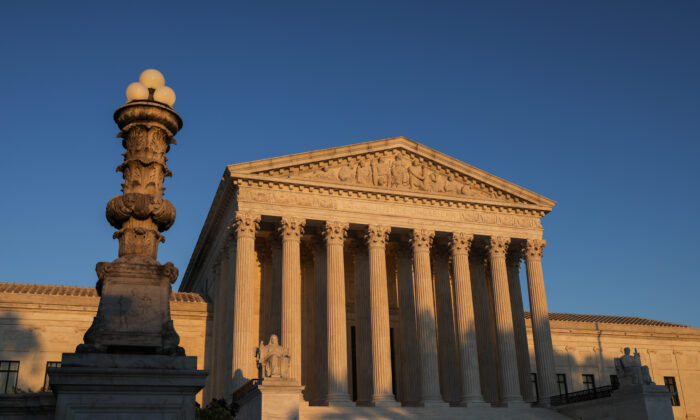 The Supreme Court has ruled against California’s COVID-related restrictions on in-home Bible study groups and other religious gatherings.

The court’s narrow 5–4 ruling on April 9 was in favor of a group of Santa Clara residents who asserted the restrictions violated the First and 14th amendments of the U.S. Constitution.

“Applicants are likely to succeed on the merits of their free exercise claim; they are irreparably harmed by the loss of free exercise rights ‘for even minimal periods of time’; the State has not shown that ‘public health would be imperiled’ by employing less restrictive measures,” an unsigned opinion of the court’s majority said in its opinion.

The ruling marks the fifth time the nation’s highest court has overruled the 9th Circuit Court of Appeals on the state’s COVID-19 restrictions, including a February ruling that saw the court grant a worshipper’s application asking for restrictions on in-person religious services be rolled back.

“It is unsurprising that such litigants are entitled to relief. California’s Blueprint System contains myriad exceptions and accommodations for comparable activities, thus requiring the application of strict scrutiny,” the majority wrote on April 9.

The blueprint system is the statewide criteria for loosening or tightening restrictions based on the level of CCP virus spread.

“It has adopted a blanket restriction on at-home gatherings of all kinds, religious and secular alike. California need not, as the per curiam insists, treat at-home religious gatherings the same as hardware stores and hair salons—and thus unlike at-home secular gatherings, the obvious comparator here,” she wrote.

The original order in the case denying the application for relief came from U.S. District Judge Lucy Koh, who said that in light of “the unique risks of gatherings in spreading COVID-19; the deaths and serious illnesses that result from COVID-19; and the overwhelming strain on the health care system,” enjoining the state and county restrictions on in-home religious gatherings “would not be in the public interest.”

The 9th Circuit’s panel upheld Koh’s ruling, writing last month that “appellants had not satisfied the requirements for the extraordinary remedy of an injunction pending appeal.”

Lawyers for the plaintiffs and defense didn’t respond to requests for comment by press time. California had argued in a brief on April 8 that its policy regarding in-home gatherings applied to all gatherings, no matter their purpose, while also offering that the court didn’t need to intervene because the state will relax restrictions later this month.