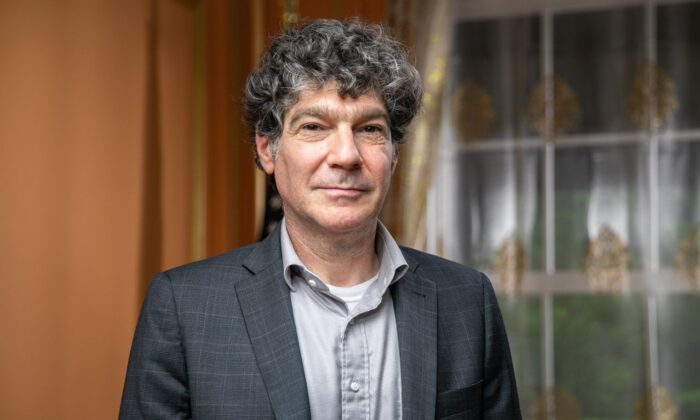 The sudden shift in narrative over the possibility that COVID-19 could have emerged from a lab in Wuhan, China, is mysterious and is evidence of “just how corrupt our system has become,” according to evolutionary biologist Bret Weinstein.

Weinstein, biologist and co-host of the DarkHorse Podcast, has since last year explored the possibility that COVID-19 could have emerged from a laboratory. He told Epoch TV’s “American Thought Leaders” program (episode premiering on Sat. July 3) that the fact that the hypothesis is now receiving widespread recognition from the international community is “completely mysterious.”

“My channel was very early on this topic, and it was quite clear to many of us, starting with the tremendous coincidence of this virus having emerged first in Wuhan, where there is a biosafety level four lab studying these very viruses and enhancing them,” said Weinstein. “It was quite clear that there was at least a viable hypothesis that needed to be discussed.

Weinstein, a visiting fellow at the James Madison Program at Princeton University, said that before the narrative surrounding the COVID-19 lab leak theory gained traction, those who did discuss it were stigmatized, demonized and “portrayed as everything from racist to reactionary.”

“All we were doing was following the evidence,” Weinstein continued. “The change in that story was, I have to say, completely mysterious.”

COVID-19, the disease caused by the CCP (Chinese Communist Party) virus, was first reported in the Chinese city of Wuhan.

President Joe Biden on May 26 ordered the intelligence community to produce a report in 90 days on the origins of the virus, saying that intelligence agencies are looking at rival theories, including the possibility of a laboratory accident in China.

Weinstein criticized the explanations provided in recent weeks by “all of those who had gotten the story wrong” after the lab leak theory gained wider recognition.

PolitiFact, for example, on May 24 quietly retracted a September 2020 fact check that labeled a Hong Kong virologist’s claim that COVID-19 originated in a lab as inaccurate and a “debunked conspiracy theory.”

In an updated editor’s note, PolitiFact explained why it removed the label.

“When this fact-check was first published in September 2020, PolitiFact’s sources included researchers who asserted the SARS-CoV-2 virus could not have been manipulated. That assertion is now more widely disputed,” the note said. “For that reason, we are removing this fact-check from our database pending a more thorough review. Currently, we consider the claim to be unsupported by evidence and in dispute.”

Separately, the Washington Post quietly walked back its claims regarding the COVID-19 lab leak theory.

The paper in February 2020 published an article claiming the idea was a “conspiracy theory” that had been “debunked.” The article attacked Sen. Tom Cotton (R-Ark.), who called for an investigation into the origins of the CCP virus.

Weinstein described the phenomenon as “a headlong rush, by all of those who had gotten the story wrong to explain themselves—and their explanations made less than no sense.”

He said that certain journalists or media outlets “seemed to center on the fact that because [former President] Donald Trump had been favorable to the idea that this might have emerged from a lab, that that made it not true.”

“Which, of course, is such an illogical conclusion that it’s hard to imagine how anybody who considers himself a journalist could for a moment have been misled,” he continued. “I mean, at worst, if you thought everything that Donald Trump said was a lie—at worst, you would have to take it as no evidence either way.

“But that’s not how people treated it. They treated it almost as if the truth was always the opposite of what he said.”

Other outlets have also corrected or quietly updated stories, including Vox, while Facebook stopped banning posts suggesting the virus was man-made.

Weinstein said that he believes it eventually became “impossible to maintain the public lie that a laboratory version was somehow in conflict with the evidence.”

“And we now know from Dr. Fauci, his emails, that behind the scenes, the top people didn’t believe it either. They were just simply feeding the public a line that they had their own reasons for wanting the public to believe,” he said.

“I do have hope. But it is contingent on the several different stories that surround COVID revealing to us just how corrupt our system has become.”

Cathy He and Zachary Stieber contributed to this report.