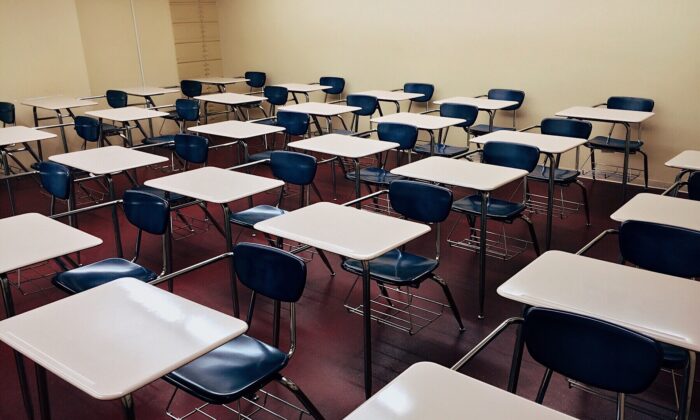 Social and Emotional Indoctrination in Schools

Social and emotional learning (SEL) is the latest trend at your child’s school.

SEL sounds beneficial, but that’s a disguise. In truth, it indoctrinates kids with extremist ideas that many parents don’t condone.

On Nov. 22, the Hartford Courant reported that West Hartford, Connecticut, elementary school parents were in an uproar. They were complaining that teachers are putting words such as “nonbinary” on the chalkboard and telling kids, including kindergarteners, that they can live life as a gender different from what they were assigned at birth. Parents were told by school authorities that they can’t opt their children out of such lessons.

Most Americans think that parents should have the final say on what their children are taught. From Treasure Valley, Idaho, to Greenwich, Connecticut, school board candidates made SEL an issue in elections on Nov. 2.

Indiana Attorney General Todd Rokita has encouraged parents to speak up. He cautioned that SEL programs shift “the role of teachers from educators to therapists.”

Fighting SEL is an uphill battle because it’s not only favored by the left-leaning educational bureaucracy, it’s also favored by big business.

Billions of dollars in federal COVID-19-relief money for schools is being used to buy SEL programs and fund SEL instructors. Advocates and companies that produce these materials lobby Congress and the federal Department of Education to ensure that legislative language precisely matches what they’re selling.

Nationwide, sales of SEL materials shot up by 45 percent in a year and a half to $765 million in 2021, according to Education Week.

But parental opposition is also surging. Attorney General Merrick Garland has asked the FBI to look into parents protesting issues such as SEL at school board meetings. His son-in-law is a co-founder of Panorama Education, a company raking in millions of dollars by selling SEL materials to school districts. Wouldn’t that be considered a conflict of interest?

And what about the billions of dollars the Democrats’ Build Back Better legislation allocates to child care and pre-K? Will that money pay to indoctrinate even younger minds? The answer is likely yes. At least a dozen states, including New York, have already adopted SEL standards for preschool.

As for elementary schools, gender dysphoric kids make up less than 1 percent of the school population. Protect them from bullying and discrimination, of course. They need to feel safe. But don’t brainwash the rest of the students with one-sided, repeated lessons about gender issues.

West Hartford is reported to hammer away grade after grade, starting with a kindergarten-level book about a teddy bear who knows in his heart that he’s a girl teddy, not a boy teddy. Then, there’s a book about Aiden, who knows the sex he was assigned at birth is “wrong,” as well as a book about choosing pronouns and another about a girl named Jazz, who changes her gender identity. Are kids reading that many books about the U.S. Constitution?

One Arkansas father objected that his 5th grader’s teacher had shown a video of a transgender activist’s speech. Then, the teacher, wearing a “Protect Trans Lives” t-shirt, invited the class to a pride celebration: “I’ll be at Pride from 1-6! I hope to see you there!”

SEL was originally sold as training children to control their emotions, manage their time, and make good personal decisions. Teachers have always tried to instill these life skills. They’re the same American values that Benjamin Franklin proselytized in his autobiography 200 years ago.

But recently, SEL purveyors, including the Collaborative for Academic, Social, and Emotional Learning (CASEL), have openly revised their goals. CASEL now advocates for “transformative SEL” to promote “justice-oriented civic engagement.” Translation: They’re going to make your kids into activists.

Who’s in charge of what your child learns? Parents need to take control. It’s not an easy fight against the combined forces of educational profiteers and left-wing activists, but the stakes are too high to accept defeat.