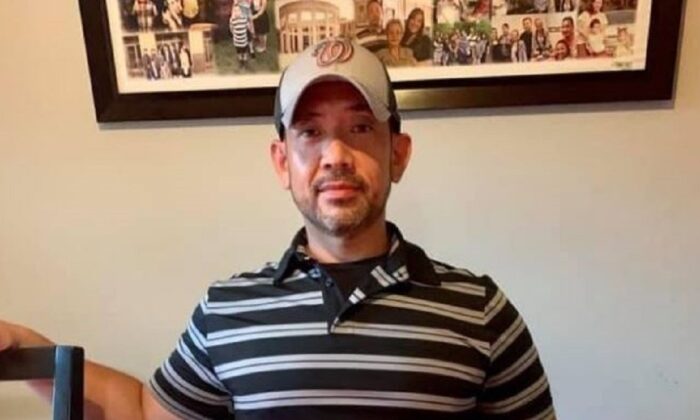 A Washington police officer who responded to the Jan. 6 breach of the U.S. Capitol was found dead inside his home last week.

Gunther Hashida, 43, killed himself and was found on July 29, a spokeswoman for the Metropolitan Police Department told The Epoch Times.

“We are grieving as a Department as our thoughts and prayers are with Officer Hashida’s family and friends,” the department said in an emailed statement.

Hashida worked for the agency’s Emergency Response Team, an outfit in its Special Operations Division. He’s the third law enforcement officer who responded to the Jan. 6 incident to take his own life.

A GoFundMe fundraising page states that Hashida left behind a wife and three children.

The page described him as “a devoted and loving husband and father.”

It didn’t elaborate on what drove him to end his own life.

More than 535 people have been charged with crimes related to the Jan. 6 Capitol breach, which left more than 150 officers injured.

Metropolitan Police Chief Robert Contee told members of Congress that other officers suffered injuries such as bruising that they didn’t report.

Law enforcement officers showed “bravery in the face of this unprovoked and vicious attack,” he testified in January.

Four officers who took part in the response testified in a separate hearing last month, recounting harrowing scenes that they believe could have lead to their deaths.